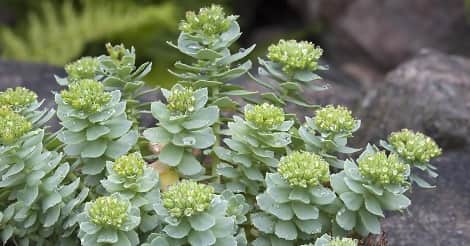 Rhodiola crenulata is a plant that has been used in traditional Chinese medicine to cure a variety of ailments from altitude sickness to diabetes. A recently published study in BMC Complimentary and Alternative Medicine explores the efficacy of Rhodiola crenulata root extract in treating nonalcoholic fatty liver disease (NAFLD), and seeks to understand how it works by isolating its effect on human metabolic pathways.

NAFLD is a disease that results in the accumulation of fat in the liver in patients who consume little to no alcohol. Insulin resistance has been cited as a major cause of this metabolic disease. One of the major outcomes of insulin resistance is a tendency for the body to convert excess sugar into fat instead of glycogen, a complex sugar that is stored in the liver. Severe cases of fat accumulation in the liver may result in liver scarring, and even failure. As the prevalence of such metabolic diseases continue to rise in developed countries, finding ways to fix defective pathways is critical for disease control and treatment.

This study was conducted in two parts: the first to examine how Rhodiola crenulata works by uncovering its effect on metabolic pathways in human liver cells, and the second to see its effects in a living model.; in this case, rats were used. The first portion of the study on human liver cells determined that Rhodiola crenulata worked by regulating fat-producing genes in liver cells. Instead of the cells converting sugar into fat, they turned sugar into glycogen.

The portion of the study using rat models determined that Rhodiola crenulata root extract was effective at making the conversion from sugar to glycogen in a living organism.

Researchers concluded that this natural supplement is as effective as the drug thiazolidinedione, an anti-diabetic drug that increases glycogen in the livers of diabetic rats. They were able to determine that Rhodiola crenulata was effective at improving glycogen metabolism, and may therefore be an effective treatment for diabetic patients.

As the rate of metabolic diseases continues to rise in developed countries, having a method to control the body’s production of fat will be an effective tool for disease control. Rhodiola crenulata may be an effective alternative to prescription drugs in regulating these diseases, however, future studies conducted using human cohorts will be necessary before its widespread clinical application.