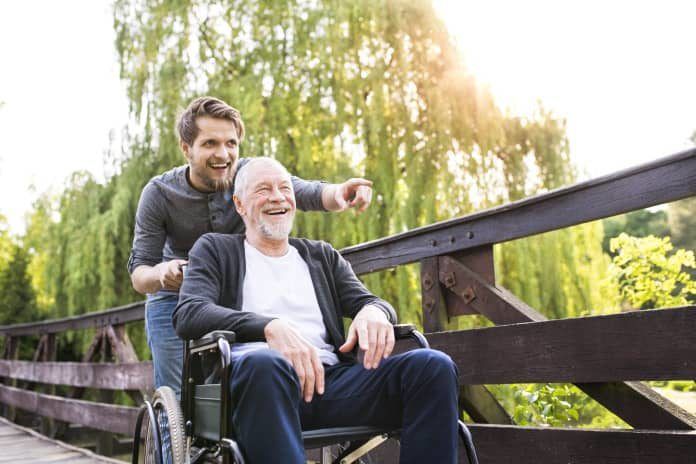 A French team of medical researchers conducted a study with early-stage Parkinson’s disease patients to determine the extent and effect of respiratory issues related to muscle weakness.

Parkinson’s disease is a neurodegenerative condition of the central nervous system, primarily affecting motor function. Symptoms usually begin slowly and involve shaking, slowness of movement, and difficulty with mobility. Although these are the main hallmarks of the disease, other symptoms have been reported by and observed in Parkinson’s patients.

One of these is respiratory difficulty, such as functional and muscle disorders that affect a person’s ability to speak clearly and to swallow properly. Most of the knowledge in this field has been acquired through retroactive studies performed on patients in advanced stages of Parkinson’s disease, but no data exist on the state and progression of lung function early on in the course of the disease. Understanding and characterizing respiratory capabilities in this manner could shed some light on how respiratory dysfunction may be related to other symptoms and Parkinson’s disease outcomes.

A group of researchers from Lille University Medical Center in France conducted a study to learn more about respiratory issues early in Parkinson’s disease. Their research was published in a recent issue of the journal PLoS ONE. The team recruited 41 early-stage Parkinson’s disease patients, with an average age of 61 years, and matched them with 36 healthy participants to act as a control group. They measured baseline pulmonary function (PFT) for the two groups, testing volume parameters such as total lung capacity and forced expiratory capacity, and assessed muscle performance by testing maximal inspiratory mouth pressure and sniff nasal inspiratory pressure. They then tested the Parkinson’s disease group again after a two-year follow-up period.

The results showed significant inspiratory muscle weakness at baseline for the Parkinson’s disease group versus the control. At that time there was no difference observed for patients that had begun treatment with anti-parkinsonian medication, and those that had not. After the two-year follow-up period, the researchers noticed some improvement in the lung function of participants taking regular doses of Parkinson’s medication. Antiparkinsonian medication functions mainly by increasing dopamine activity in the brain. The group postulated that perhaps this may have improved the results by increasing muscle coordination over time.

The control group was not subjected to follow-up examinations after two years, but as they were all healthy individuals, it is likely that there would not have been a significant change in their respiratory capabilities, barring any other causes. The authors noted that they need to expand their study to a larger population and to confirm their findings through other forms of measurement (not requiring physical effort by the patients) such as transcranial magnetic stimulation to assess diaphragm strength and muscle recruitment.

An interesting implication of this study is the effect that respiratory dysfunction in Parkinson’s disease may have on the neurodegenerative process, as lower oxygen intake and sleep/breathing disorders may accelerate damage to nerve cells. Further research is needed to establish these relationships; however, this work is an important starting point for understanding how respiratory dysfunction plays a role in Parkinson’s disease.