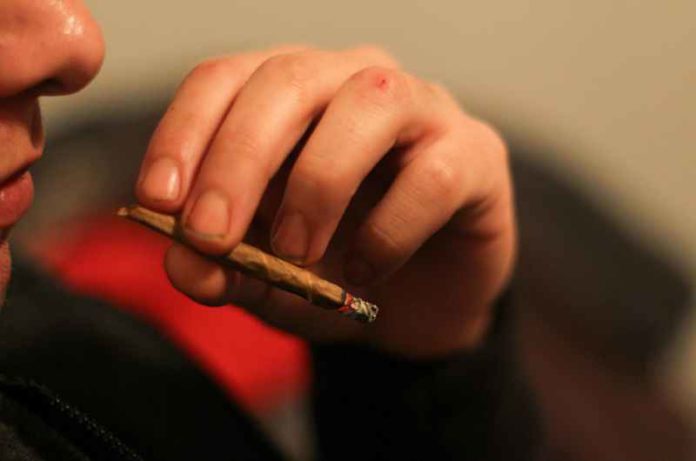 Studies have proposed the notion that cannabis may be altering neurological circuits in the brain. A recent report in JAMA Ophthalmology demonstrated that regular cannabis-use delays electrical signals by the retinal ganglion cells, and that cannabis may cause retinal processing dysfunction.

The retina, located at the back of the eye, contains numerous photosensitive cells called rods and cones. These cells are responsible for converting incoming light into electrical signals, termed action potentials, that are subsequently carried to the brain by the optic nerve. The optic nerve propagates the action potentials to the visual cortex of the brain, where signals are converted into meaningful images. Any disruption in the process of converting sensory stimuli into electrical signals, and subsequent analysis by the various brain regions, can significantly impair cognitive functions. Cannabis, or marijuana, is one drug suggested to alter neurological circuits in the brain and cause cognitive dysfunction. Understanding the effect of cannabis on the brain is a high priority for health care provides and the general public due to the significant increase in cannabis-users.

A recently published article in JAMA Ophthalmology investigated whether regular cannabis use could alter retinal ganglion cell (RGC) function. RGCs are the cells that propagate action potentials from cones and rods, through the optic nerve, and up to the brain. These cells are regulated in many different ways, including the endocannabinoid system, a target for cannabis. For this reason, the authors proposed that regular cannabis use may be altering RGC function, and subsequently retinal processing, by regulating the endocannabinoid system. In their study, they recruited twenty-eight regular cannabis users, and twenty-four healthy, drug naïve controls. Each participant underwent a urine drug test to measure cannabis, buprenophrine, benzodiazepines, cocaine, opiates, amphetamines, and methadone, followed by pattern electroretinography (PERG), to measure RGC function. The regular cannabis users demonstrated a delayed action potential transmission of the RGCs by approximately ten milliseconds. Although this delay did not account for altered vision, the authors propose it may be the basis of several deficits in informational processing and could be an early marker of cognitive deterioration.

The researchers demonstrated a delayed action potential transmission by the RGCs in cannabis users. It is difficult to determine whether these small delays could cause significant cognitive deficits in the future. Moreover, the sample size used was relatively small, and the study would have to be replicated in a larger population. Additionally, the authors themselves stated that tobacco and alcohol use was not accurately controlled for. The cannabis users drank more alcohol and were tobacco smokers, whereas the control group drank less and did not smoke tobacco. Future studies are absolutely necessary to confirm the notion that cannabis contributes to a disrupted retinal processing.