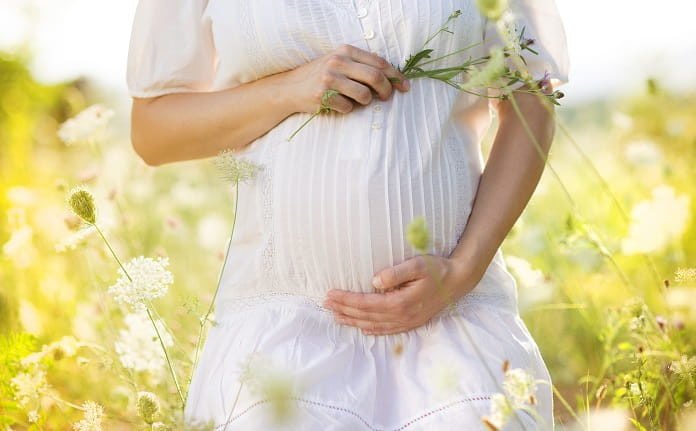 Morning sickness affects most pregnant women, but the cause is unknown. Fejzo and colleagues use 23andMe to investigate the genetic information of large cohort of women for genes linked to morning sickness.

The majority of women experience some degree of morning sickness during pregnancy, and up to 18% of women take some medication to treat it. Without treatment, morning sickness can be quite severe, resulting in vomiting, dehydration, weight loss, and nutritional deficiencies. In some cases, it can lead to preterm birth and birth defects. However, despite its prevalence, there is no known cause of morning sickness.

The researchers found two genome locations that are potentially linked to morning sickness. One of these locations contained the genes GDF15 and LRRC25, and additional genes tied to the expression of GDF15 were also linked to morning sickness. GDF15 encodes for a protein that is expressed in the placenta and increases throughout pregnancy. The main functions of this protein are to suppress inflammation, to facilitate the development of the placenta, and to maintain pregnancy. In addition, GDF15 plays a role in appetite and weight gain. The second genomic location contained IGFBP7, a gene that also facilitates the growth and maintenance of the placenta during pregnancy. In flies, a similar gene is also linked to appetite and metabolism.

In the future, additional genome association studies will have to link these genes to morning sickness in women of non-European ancestry. Future work will also have to determine the exact role of GDF15 and IGFBP7 in modulating morning sickness. Ultimately, understanding these genes and how they work will help us understand why morning sickness continues to exist in healthy women, and provide potential targets for the treatment of the condition.