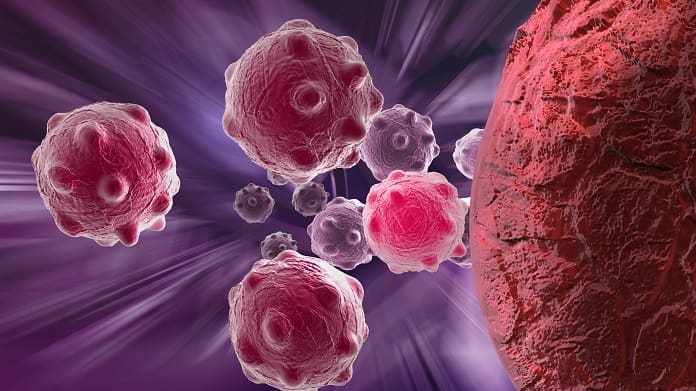 A recent study has identified a protein involved in tumour progression that can potentially be therapeutically targeted to delay cancer development.

Cancer is a group of diseases characterized by the abnormal growth of cells, which can spread to other parts of the body. While there have been many advances made in cancer management and treatment in recent years, there are still several types of cancer that remain poorly managed or entirely incurable. Therefore, it is imperative for scientists to continually seek out new strategies that may help manage and/or cure cancers. One area of research interest in recent years has been to investigate how the body’s own immune system may contribute to, or fight against cancer. Researchers hope that by gaining a better understanding of the immune system and the role it plays in cancer, they may be able to identify new therapeutic strategies.

Researchers from the Wistar Institute at the University of Pittsburgh and the I.M. Sechenov First Moscow State Medical University recently published a paper that showed evidence of a new therapeutic target that could help delay cancer development. Previous research has shown that neutrophils, a type of immune cell in the body, can become activated and change their activity in response to cancer. Specifically, these active cells, called myeloid-derived suppressor cells (MDSCs), tend to fight other immune cells of the body and act to weaken the body’s immune responses to tumour development. This immunosuppressive role of MDSCs results in increased tumour progression rates and a decrease in the effectiveness of cancer therapies. The authors began their studies by showing that the Slc27a2 gene was elevated in cancer cells and that the protein it encodes for, called fatty acid transport protein 2 (FATP2), was also upregulated in human and mouse cancer cells. They also showed that MDSCs activity was dependent on this FATP2 protein. Furthermore, by deactivating the Slc27a2 gene, the authors were successfully able to impair MDSCs activity and slow tumour growth rate. Collectively, these findings suggest that the FATP2 protein regulates the activity of the MDSCs and the rate of tumour progression.

This is the first study of its kind to show evidence that FATP2 is, at least in part, responsible for MDSCs activity, which contributes to tumour progression. They further demonstrated evidence that pharmacological inhibition of FATP2 might serve as an effective strategy for delaying cancer development and tumour growth. This is a unique therapeutic approach because it would involve using the body’s own defence system to fight against the tumour. While the evidence is promising, clinical studies need to be conducted in order to test the safety and efficacy of this approach in humans.