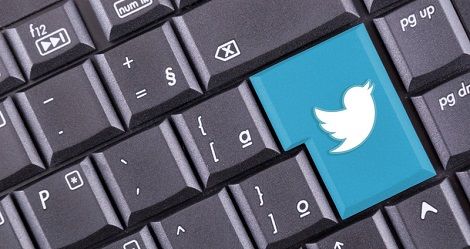 A recent study published in the journal PLOS ONE has shown that Twitter users’ life satisfaction, a key component of happiness, can be successfully measured using Twitter data

The pursuit of happiness is what every person strives for. There has been so much enthusiasm for research on happiness over the years that it should not be surprising to see that more and more researchers are turning to social media to study human happiness. Subjective Well-Being, which is the scientific term for happiness, is determined by two key components: affect (the balance between the existence of positive and negative emotion felt daily due to different reasons) and life satisfaction (a cognitive and long-term evaluation of one’s own life). Affect looks at how a person feels in the moment and is influenced by everyday events such as eating tasty food, facing traffic jam, etc. Examples such as ‘I hate this boring movie’ and ‘I enjoyed my lunch’ reflect negative and positive affect, respectively. Life satisfaction, on the other hand, is concerned with how a person feels about their life in the longer term, and reflects a more stable evaluation. For example ‘I’ve achieved all I wish for in life’ reflects life satisfaction. While affect, or short-term happiness, has been examined in several studies, life satisfaction has received little or no attention, especially with regards to social media. Researchers of a study published in the journal PLOS ONE have developed an algorithm to successfully measure life satisfaction, a component of happiness, through Twitter by using an approach that involves finding life satisfaction and dissatisfaction expressions on Twitter.

The study involved the use of Twitter Streaming API (application program interface) to collect tweets from October 2012 to October 2014 (around 3 billion tweets), and limited data to first person tweets that were written in the present tense. In other words, each tweet had to have ‘I’, ‘me’, ‘mine’ or ‘my’ to increase the probability of finding posts that convey self-referencing life satisfaction expressions. Researchers used the Satisfaction with Life Scale (SWLS) survey to find posts expressing either satisfaction or dissatisfaction with the users’ life. They collected all metadata such as tweet ID, UTC (coordinated universal time) time, UTC offset, text, username, geo, user id, place, and details about the users such as number of friends (followings), number of followers, number of tweets and location.