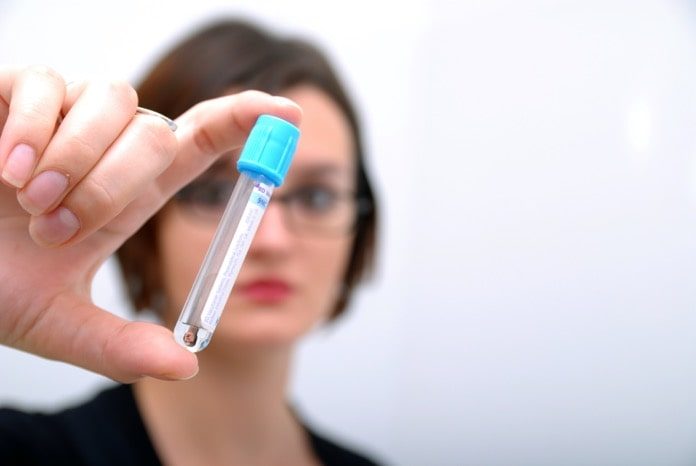 The connection between HIV and cancer

In a new report published in Nature Communications, a research group led by Ge Jin argue that extracellular vesicles (EVs) are behind this connection between HIV and cancer. These EVs are tiny membrane-bound vesicles secreted by cells. They contain molecular cargo from their cells of origin and can transfer this cargo to other cells throughout the body. EVs and their contents are a hot topic in the field of cancer research due to their broad and potent roles in communicating cancerous signals across locations and cell types. “The cells in question release [extracellular vesicles] into the bloodstream – think small nanoparticles – that don’t cause cancer, but they support it,” said Ge Jin in a recent press release.

Jin’s group at Case Western Reserve University in Cleveland, Ohio found that EVs released by HIV-infected cells contain cargo that stimulates proliferation and migration in lung and oral cavity/pharyngeal cancer cells. This group isolated EVs excreted by either HIV-infected immune cells or were present in the blood of HIV-infected patients. They then treated cancerous cells with these isolated EVs and observed how they changed.

They found that cancer cells treated with the HIV-infected EVs grew faster, were more motile, and were more effective at invading surrounding tissue than EVs from cells that were not infected with HIV or were from non-HIV-infected patients. They also identified the cargo that was causing these cancerous effects. They found that a particular RNA molecule contained in the HIV-related vesicles (known as the HIV transactivating response (TAR) element RNA) was responsible for increasing the expression of cancer-related genes and activating cancer-related signaling.

More human studies needed before the development of preventative treatments

This study encompasses multiple advances in understanding the connections between HIV and cancer risk. The researchers not only used well-controlled cellular samples made in a lab but also used samples from human subjects to reach their conclusions. This breadth of sample sources gives depth to the results and suggests that their findings can be translated to people infected with HIV in addition to just cells in culture. That being said, more human studies will be needed before these findings can be used to develop preventative treatments for clinical trials.

The best way to prevent cancer is to understand it. The findings in this report provide promising new information to researchers and physicians alike on how HIV and cancer risk are related. Perhaps more importantly, they also provide insight into key molecular players that could be targeted to develop preventative treatments in future studies.