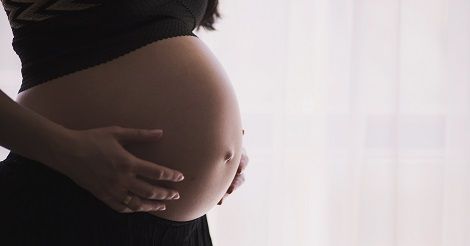 Complications are mainly caused by a poorly-functioning placenta, which is the organ attached to the lining of the mother’s womb that normally provides for the nourishment of the fetus during pregnancy, and often results in premature birth. In the short term, premature babies are at high risk of developing infections, respiratory distress syndrome, cerebral palsy, and retinopathy. In the long run, small size at birth is linked with an increased risk of type 2 diabetes, obesity, and cardiovascular disease later in adulthood. In spite of this, existing treatments for pre-eclampsia and fetal growth restriction are limited to early delivery and induced labor, resulting in expensive intensive care costs and increased negative health effects in affected offspring.

Potential treatments to treat pregnancy complications have previously been identified and have shown to improve placental function and growth, reduce symptoms in mothers, and improve fetal growth in animal studies – but these treatments have a high risk of causing harm to the human fetus.

To address this, a group of researchers created peptide-coated nanoparticles that can target drugs directly to their site of action within the placenta, while minimizing interactions with other tissues of the fetus and mother. As revealed in their recent study, published in Science Advances, nanoparticles coated with the peptides CGKRK and iRGD can bind selectively to the surface of mouse and human placental tissue. These nanoparticles can be used as a tool for targeted delivery of drugs to the placenta to improve placental function, without affecting normal development.

This technology was originally developed to assist in targeted delivery of chemotherapy to tumors, which show cell surface antigens (a toxin or other foreign substance that causes the production of antibodies) that are not found in healthy tissues. “Receptors” on the tumor are available to bind ligands (a molecule that binds to another molecule, for example, peptides to antibodies); binding a drug compound to these ligands allows the compound to become accumulated in tumor tissue, thereby improving effectiveness and reducing exposure of the drug to normal, healthy tissues. The placenta shares common biochemical and physiological characteristics with tumors and behaves like a tumor that is well controlled. So, existing peptides capable of homing to selected tumor tissues would bind to antigens selectively found on the surface of the placenta.

The researchers did not detect any harmful effects of targeting peptide-coated nanopeptide during pregnancy on pregnancy outcome in mice, or any interference of peptides with normal placental function in human tissue. Furthermore, the researchers did not find any build up of the targeted treatment in maternal or fetal organs. However, the researchers noted that the technology might have harmful effects in women with undiagnosed cancers, as the targeted treatment can interfere with other non-placental tissues, but a screening program before treatment could be used to control this.

The results of this study show that this technology can safely target drugs directly to their site of action within the placenta, while minimizing interactions with other tissues, and can simultaneously reduce the risks and side effects possibly linked to regular administration of drugs in human pregnancy. This technology will offer a new platform to develop the first placenta-specific therapy, which will be the first treatment available for serious pregnancy complications which are caused by poorly functioning placenta, such as pre-eclampsia and fetal growth restriction.