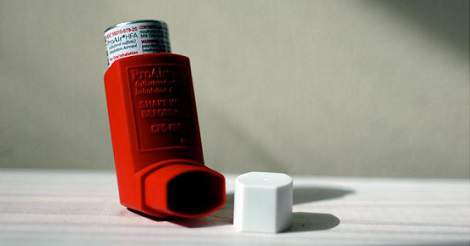 A new study confirms that smoking by either the mother or father may increase the likelihood of the development of childhood asthma.

Past research into prenatal risk factors for the development of childhood asthma have shown a number of possible contributors, including exposure to smoking (active and passive), maternal stress and diet. Maternal smoking has other troubling effects on fetal growth and birth weight, and may also cause preterm birth, all of which in turn have been shown to increase the risk of asthma. In addition, pregnancy is a critical period for developmental programming, where things like immune development can be affected through activating or silencing fetal genes, and lung growth can be impaired, both creating a predisposition to asthma.

A study recently released in Finland has provided interesting insight into the association between smoking by mothers and fathers during the prenatal period and later development of childhood asthma in the child.

The study followed over 39,000 women in Finland who delivered babies between 1989 and 2006. Data concerning pre-pregnancy characteristics (including smoking habits) were gathered through questionnaires given at 20 weeks gestation, supplemented by interviews by midwives and nurses during visits to prenatal maternity clinics or labor wards. That information was then cross-referenced with data in Finland’s Drug Prescription Register (all medication prescribed in Finland is registered in the Drug Prescription Register), showing reimbursement for asthma medication for children born to the women in the study.

The main finding of the study was that smoking by either parent during the pregnancy increased the risk that the child would develop asthma. Interestingly, smoking by the father (causing second-hand exposure for the mother and fetus) was found to have even more impact than smoking by the mother: maternal smoking caused a 1.7-fold increase in the risk of asthma compared with non-smokers, whereas paternal smoking caused a 2.9-fold increase. When both parents smoked, the risk increased by 3.7-fold.

Data concerning the impact of cessation of smoking appeared to be more difficult to interpret.  The results suggested that cessation of smoking by the father might reduce the risk of asthma even more than cessation by the mother.  This result was surprising, since it was assumed that the effect of smoking on programming of fetal genes, for example, would be higher when directly exposed through maternal smoking, compared with second-hand paternal smoking.

However, authors of the study acknowledged that the results might also be influenced by whether or not the parents resumed smoking after birth, thereby causing second-hand exposure to the child which may confound attempts to draw a direct association with pre-natal behaviour.

It was clear, however, that cessation of smoking overall contributed to a reduced risk of asthma in the child. When both parents stopped smoking during pregnancy, the risk diminished from 9% to 5.1 %.