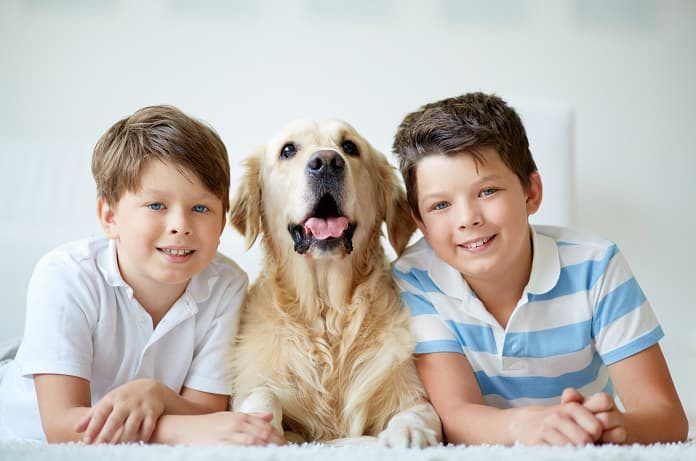 Researchers conducted a meta-analysis of existing studies to determine whether owning a pet is associated with various developmental outcomes. They found that overall, the relationship between pet companionship and a child’s development may be positively correlated; however, due to weaknesses in methodology, the results should be applied with caution.

Childhood and adolescence are crucial periods for development and can be predictive of how an individual will function and cope as an adult. As postulated by various psychological theories, children need to be able to form strong and secure bonds to their parents in order to develop and maintain healthy relationships in the future.  Children that do not receive the love and support they need in order to form these secure bonds at a young age often go on to suffer from behavioural issues.  A number of researchers have looked at the possibility of pets as an alternative source of love and security for children. Various studies assessing how animal companionship and ownership can impact a child’s emotional, social, cognitive and behavioral development have yielded conflicting results. In an effort to clarify the relationship, researchers conducted a meta-analysis of existing studies to determine if any overarching conclusions could be made.

This study, published in the International Journal of Environmental Research and Public Health, looked at 22 previous studies that examined the effects of pets on development, spanning from the time of infancy until 18 years of age. In addition, researchers only included studies written in English that focused on children without developmental disabilities.  Overall, they found that there may be a positive relationship between pet companionship and a child’s development. Specifically, there was evidence to suggest that pet companionship helped to decrease separation and social anxiety in children. However, mixed results indicate that further research is needed for confirmation.

Additionally, the general consensus of the studies indicates that pet companionship is associated with better social skills later in life. Furthermore, it seems that children with pets were able to form a larger social network than those without pets, leading to the possibility that pet ownership can help a child in forming stronger ties to others.  Behaviourally, the impact of pet ownership is mixed. Parents reported no difference in certain behaviours, such as being argumentative or co-operative, in children that owned a pet compared those that didn’t. However, some studies did indicate that pet ownership led to children being more responsible and independent.

While these findings are interesting, they must be taken with caution. All of the studies under review were observational in nature, meaning that no causal relationship between pet ownership and a child’s development can be made. Furthermore, some of these studies relied on self-reporting, which leaves the possibility for certain biases in responses that could have skewed results. However, this study does provide recommendations of areas for further study, where in the future causal relationships can be made.