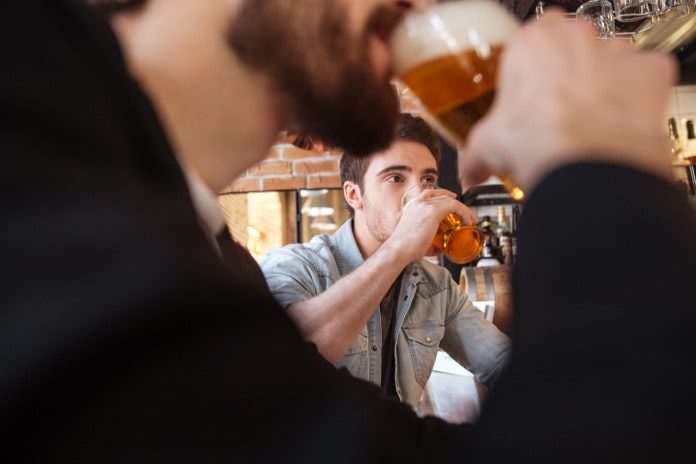 A study published in the journal Alcohol investigated the biological effects of alcohol and stress on mice.

In the United States, 25% of people die from the overconsumption of alcohol. With stress, casual drinking may become excessive and this can propel the shift from binge drinking to alcohol dependence.

To help explain the biological changes in the brain and to better understand the relationship between alcohol and stress, researchers studied the behaviours and blood of mice prior to and after binge drinking. They published their results in the journal Alcohol.

To measure anxious behaviour they used an elevated plus maze in which anxious mice spend more time in closed off areas when anxious, and spend more time in open areas when not anxious. The mice were subsequently euthanized, and their brains were tested to measure protein levels. To stimulate stress, the researchers placed dirty bedding in the mice cages and measured blood corticosterone levels.

Interestingly, although mice who consumed alcohol experienced an increase of corticosterone upon exposure to stress, these mice had lower corticosterone levels than those who only drank water, suggesting alcohol may interfere with stress responses.

Alcohol consumption with stress may result in more alcohol intake

In summary, the study shows that together, alcohol and stress can result in even more alcohol intake. Furthermore, the effects differ between males and females. Males seemingly have a higher alcohol tolerance, but as all mice had similar body weights, chemical differences between the two must exist. This is important when dealing with individuals with posttraumatic stress disorder as treatments will likely differ between the two sexes.