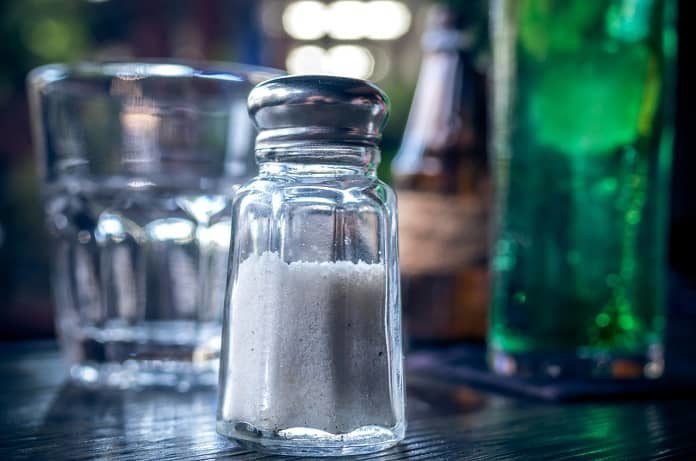 “Pass the salt” is a phrase we often hear at the dinner table. As a flavour enhancer, a few sprinkles of salt can do wonders at turning a bland meal into a mouth-watering feast. But while adding salt to our dinner may seem harmless, it can lead to long-lasting side effects like high blood pressure which is a major risk factor for heart disease and stroke. Because of this, researchers have conducted numerous studies on daily sodium intake.

Studies have found that more than 70% of our sodium intake comes from processed and restaurant food, not from the salt we add to home-cooked meals. In the United States, nine out of ten people consume more sodium than the maximum recommended amount and two-thirds of American adults have prehypertension (high blood pressure) or hypertension, increasing their risk for heart disease.

These high statistics urged a national health objective to reduce the sodium intake by the US population to 2300 mg per day by the year 2020. If successful, this campaign, led by Healthy People 2020, would reduce the current salt intake amounts by 37%.

To lower the population’s daily sodium intake, health campaigns in the US and Canada have recommended voluntary food standards as a short-term strategy.

Unlike mandatory standards, which are the minimum requirements for a product to be allowed on the market, a voluntary standard is an extra standard adopted by the food industry to give their products a competitive marketing advantage. For example, a voluntary standard for lower sodium content could allow products to reach more markets based on consumer preference and taste.

Since industries have applied these voluntary standards, there have been declines in the sodium content of commercially processed foods in the US and Canada. However, these standards were not met for all food categories, and the potential impact on individuals’ sodium intake has been unclear.

The question remains: will voluntary food standards lower the population’s sodium intake? A recently published study in the American Journal of Clinical Nutrition sought to find the answer.

For their analysis, the researchers used data from the National Health and Nutrition Examination Survey (NHANES). They combined data from the years 2007-2008 and 2009-2010 to reflect the sodium concentrations in the food supply and sodium intake before and after implementing the voluntary food standards.

Participants of the study took part in household interviews, physical examinations, dietary interviews, and post-examinations. The study included a total of 17,933 people older than one year old. The researchers compared the sodium standards in the food industry to the sodium intake by the participants.

The study found that applying lowered standards to commercially processed foods would significantly reduce sodium intake.  The reductions should apply to food manufacturers for all products that are commercially processed, packaged, and prepared regardless of if they are intended for other manufacturers, food service establishments, or the consumer. They also found that these reductions would be more significant in those with higher overall sodium consumption and a higher risk of high blood pressure. However, they note that it’s important to apply these standards gradually, as a big change in salt content could alter the taste and consumer’s preferences for certain foods.

The researchers conclude that if food industries apply established sodium standards to commercially processed foods, it could result in a significant reduction in the population’s sodium intake.