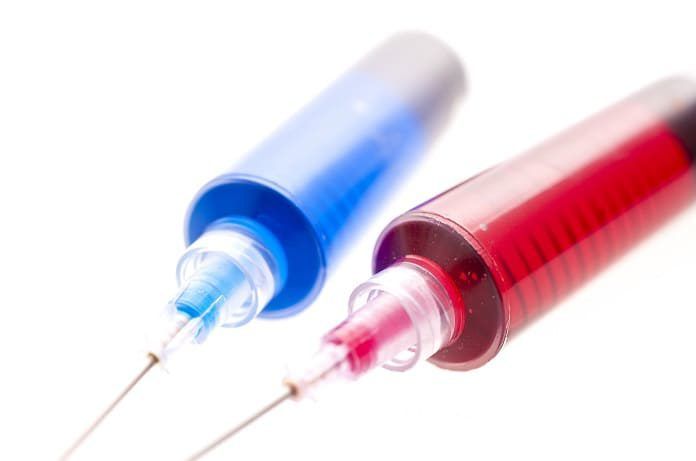 The main challenge with the development of the influenza vaccine is the constant requirement for updated vaccine batches to match seasonal virus strains. Improved vaccine preparations triggering immune responses against the most abundant seasonal variants are the best tool to reduce global flu burden. A clinical study on older population suggests that the recently approved recombinant RIV4 vaccine provides better protection than the standard-dose IIV4 vaccine.

There are several approaches for influenza vaccine preparations approved by FDA. The traditional “egg grown” approach used for the production of inactivated vaccine for the past 70 years utilizes chicken eggs for virus production and requires subsequent purification steps. The entire process lasts about 6 month time. Recombinant DNA technology, which produces main influenza antigens (HA haemagglutinin glycoprotein and neuraminidase NA) in insect cells, takes about 6-8 weeks. Usually, 3-4 antigen variants corresponding to several abundant strains are included in one vaccine preparation. Recently, the recombinant RIV4quadrivalent (containing 4 combinations of HA/NA antigens) vaccine, licensed to Protein Sciences Corporation, was approved by FDA(1). Efficacy of protection with the recombinant RIV4 vaccine as compared to standard-dose quadrivalent egg-grown, inactivated IIV4 vaccine, was assessed in a population of older individuals, during 2014-2015 season, when the mismatch between seasonal strains and ones included in vaccine preparation resulted in low protection and high hospitalization rate.

A study published in the New England Journal of Medicine reports observations from a phase 3-4 randomized, double-blind clinical study comparing RIV4 with IIV4 in an older population. Approximately 9000 participants ranging in age from 50-94 years old (mean age 63) were recruited from 40 outpatient centers in the USA. Participants were without clinically significant acute illness, were not receiving ongoing immunosuppressive therapy, and had no contraindications to trial vaccines. They were randomly assigned to receive either RIV4 (FlublokQuadrivalent, Protein Sciences) containing 45 μg of recombinant HA per strain (180 μg of protein per dose) or inactivated vaccine (FluarixQuadrivalent, Glaxo-SmithKline) containing 15 μg of HA per strain (60 μg of protein per dose).

After vaccination, the participants were requested to report any respiratory or systemic symptoms (fever, cough, sour throat) every two weeks for the duration of one year. Participants exhibiting influenza-like symptoms were called to the clinical center to provide nasopharyngeal swabs. Influenza diagnosis was confirmed by PCR detection of seasonal influenza types. PCR–confirmed, protocol-defined, influenza-like illness was the primary end point of the study.

Greater effectiveness of RIV4 may be due to the increased amount of antigen (45 μg of each strain oppose to 15 μg in egg-grown preparation) conferring superior immunogenicity as well as to the possible contribution of mutations accumulated during the egg-growth phase and reducing the IIV4 effectiveness.

Overall, the study results show that the recombinantRIV4Flublockvaccine approved by FDA in October 2016, improves protection against laboratory-confirmed influenza-like illness in adults 50 years of age or older compared to the IIV4 standard dose preparation. More post market studies are needed to estimate the absolute efficacy of RIV4 during additional seasons with modified circulating strains. 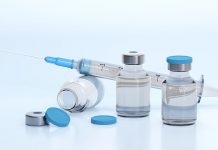