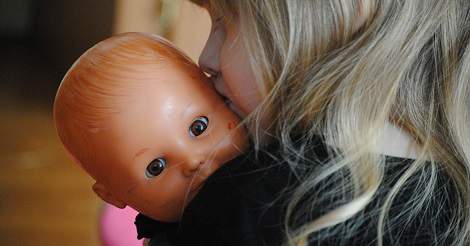 An Australian randomized trial aimed to measure the effectiveness of infant simulator programs amongst teenagers in high school, and found that girls who participated in these programs were at an increased risk of pregnancy in the long-term.

Infant simulator programs are used worldwide, and their primary aim is to significantly reduce rates of teenage pregnancy and pregnancy-related events such as induced abortion. The usage of virtual infant programs (VIP) is already widespread in developed countries, and numerous middle-income countries are following suit. It is vital to note that, despite the increasing popularity and high price of these high school programs, to date, no published scientific evidence effectively supports their long-term effectiveness. This study’s design was a randomized control trial conducted in Australia, over a period of three years.  The primary objective of the study was observing any pregnancy outcomes including abortions, live births, and stillbirths. A total of 2834 female participants 13-15 years old were recruited from 66 governmental and non-governmental high schools and placed into a control or intervention group, where they were followed up until the age of 20. Data on pregnancy outcomes were obtained via the Western Australian Data Linkage System, which contains a linked database detailing health records, births, and abortions among other health information.

A total of 378 participants experienced one or more pregnancy events, 210 were witnessed in the intervention group, and 168 pregnancy outcomes (birth or induced abortion) in the control group. Analysis of the data revealed that the percentage of female teenagers from the intervention group who experienced one or more pregnancy events was higher when compared to those in the control group. When interpreting these results, it’s important to consider that the participants in the control group had higher socio-economic incomes and educational attainment; no data on miscarriages was available.

This study demonstrates that VIP programs do not decrease the risk of teenage pregnancies occurring in an Australian cohort of 13-15-year-old female high school students. In actuality, the study indicates that students who engage in these programs may be at an increased risk of experiencing pregnancy in the future.