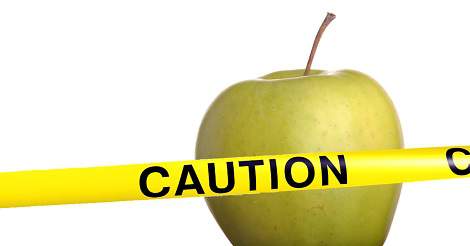 A report from the FDA’s Office of the Inspector General points to problems in the implementation of the agency’s food recall procedures when dealing with potential hazards in the food supply chain.

Responsibility for regulation and protection of the safety and quality of foods supplied in the United States is entrusted to the Food and Drug Administration (FDA), which is a federal agency operated under the Department of Health and Human Services.  Among the powers given to the FDA is the power to order recalls of foods that are contaminated or pose other health risks.

However, a report issued on June 8, 2016 by the Office of the Inspector General (OIG) suggests that the manner in which FDA staff are implementing the recall policies and procedures may not always result in an efficient or timely withdrawal of potentially harmful products from the market. In fact, the report suggests that US consumers may continue to be exposed to hazardous food products for weeks even after the FDA becomes aware of them.

The report indicates that the delay may result from the FDA’s staff failing to set deadlines for companies supplying questionable products to implement a voluntary recall before imposing a mandatory recall.

Under the law, the FDA is required to give companies a chance to withdraw their products voluntarily before ordering a mandatory recall. As part of this process, however, the FDA can impose a specific timeframe within which the company must act.

The OIG report stated that a random audit by their investigators found 30 cases between October 2012 and May 2015 in which FDA officials dealing with a potentially hazardous product failed to provide the company responsible for the product with a specific timeframe for voluntary withdrawal.  Those cases included two instances in which delays were significant – one involving a nut butter linked to a salmonella outbreak, in which 165 days passed before the product was voluntarily withdrawn from the market, and the second involving a listeria outbreak linked to a cheese product which was not withdrawn until 81 days after the FDA became aware of it.

In a statement responding to the report, the FDA acknowledged that the delays were “unacceptable” and stated that it was taking concrete steps to address the concerns raised by the OIG’s report.  It also suggested, however, that the cases cited in the report represented exceptions to its overall performance.  The FDA’s statement pointed out that during the period covered by the report, the agency was responsible for thousands of recalls, with the average time for initiation of a recall being less than one week.