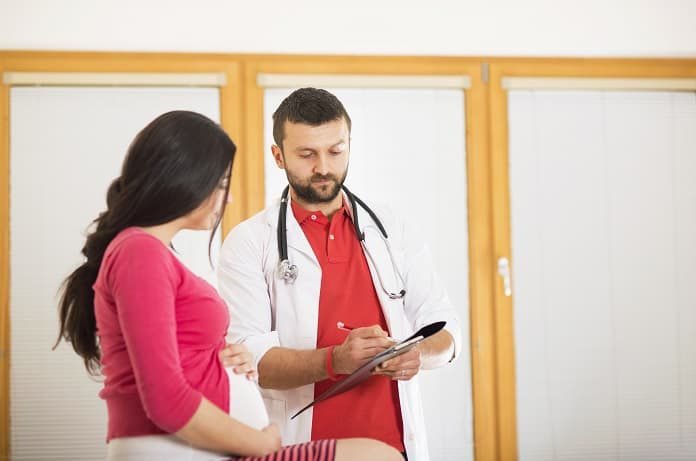 Arboviruses and pregnancy continue to be a public health threat, causing pregnancy complications and negative health impacts on newborns.

Arboviruses refer to infections caused by the bite of infected insects such as mosquitoes, midge, sandfly species, and ticks. Over 100 arbovirus species are capable of causing diseases in humans, with the most serious complications amongst children, pregnant women, and the elderly. For example, the Zika virus during 2015-2016 became a serious threat to pregnant women and their fetuses. Arboviruses and pregnancy create three main risks for women:

Despite worldwide recognition of the serious nature and rapid growth of this public health issue, few studies have provided data on arboviruses and pregnancy, especially in terms of maternal and child health.

This review of the literature, published in The Lancet, summarizes arboviruses globally such as dengue, Crimean- Congo haemorrhagic fever, Zika, and chikungunya virus as they affect the pregnant population – and the knowledge gaps that need to be addressed to improve maternal health and reduce child mortality. Transmission of human arboviruses includes; a vertebrate habitat such as a natural or artificial lake or any water supply, blood-sucking arthropods that are biological vectors, and human hosts that can be infected and then spread the disease. Arbovirus population and how rapidly they spread is due to the type, the arthropod’s capability, geographical location, and climate. The geographical location varies and is constantly changing. For example, Japanese encephalitis virus is present in Asia whereas it is absent in tropical countries, whereas Kyasanur Forest disease is geographically limited to Karnataka state in India. Studies have found that the factors that caused present global arbovirus epidemics are; increased human transportation methods, urbanization, deforestation, poor sanitation, ineffective vector control, improper rainwater storage, resistance to insecticides, and global warming resulting in unpredictable climate change and El Nino.

Being infected by an arbovirus during pregnancy increases the risk of maternal mortality and also increases the chances of having a caesarean section, miscarriage, and post-partum haemorrhages. Due to these complications, the pregnancy becomes life-threatening for both the mother and baby. Timely treatment with proper pre-maternal medical care and resources can significantly reduce the risks. For example, just having an ultrasound done regularly during pregnancy can detect fetal development defects and neonatal abnormalities. However, in many developing countries where efficient health care is not accessible, it increases the complications for the mother and child.  As such, premature delivery, low birthweight and perinatal infections have been reported as a result of dengue virus, Japanese encephalitis virus, Zika, and Venezuelan equine encephalitis virus. Another study reported that Japanese encephalitis virus has been found to cause miscarriages up to 22 weeks of gestation. Additionally, the frequency of brain abnormalities at birth in infants with mothers infected with Zika virus was approximately 1-13%.

To control this public health issue and reduce the mortality rates, awareness and knowledge regarding the issue and preventative measures need to be explained to the population, improving health care systems to prevent maternal infection, providing maternal antiviral treatments, taking proper measures to control arthropods spreading the virus and implementing therapeutic strategies for neonates. This includes immunoglobulins to prevent mother-to-child transmission, general protective measures for pregnant women such as covering exposed skin, checking for tick bites, using window, door-screens, bed nets, insect repellent and if possible having air- conditioning on. Another important and effective method is ensuring that the population at risk is vaccinated. However, there is still no commercially available vaccine against chikungunya virus.

This assessment and review of literature related to arboviruses and maternal health is important because infectious diseases remain the most common cause of maternal death worldwide. It is important to improve the knowledge and prevent transmission of arbovirus infections to reduce child mortality. Furthermore, when reviewing strategies to control the spread of arboviruses, it is important to take into consideration how socioeconomic status plays an important role in who has access to healthcare during their pregnancy and if it is affordable.