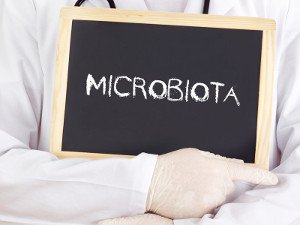 In a recent study published in Gut, the use of proton pump inhibitors has been shown to alter the composition of gut microbes.

Proton pump inhibitors (PPIs), such as omeprazole, are drugs that reduce stomach acid production and are commonly used to treat diseases such as stomach ulcers, gastroesophageal reflux, and heartburn. Previous studies have shown that PPI use increases the risk of bacterial infections from Clostridium difficile and Campylobacter, which cause severe diarrhea and intestinal inflammation. The community of microbes found in the digestive tract, called gut microbiota, helps maintain health and prevent infections and a recent study has reported that PPIs may increase the risk of gastrointestinal infections by changing the composition of the gut microbiota.

The study determined the differences in the composition of gut microbes among PPI users and non-users in three independent cohorts in the Netherlands. The cohorts had a total of 1815 subjects and consisted of healthy individuals, patients with inflammatory bowel disease (IBD), and patients with irritable bowel syndrome (IBS). The medical records and medication use were examined for each participant and stool samples were obtained to characterize the gut microbial composition.

Among the participants, 211 subjects had taken PPI and usage was highest among IBS and IBD patients, older aged subjects (average of 51 years), and individuals with high body mass index (BMI). PPI was used to treat gastrointestinal symptoms such as diarrhea and constipation. The study found that the composition of gut microbes in PPI users was less diverse compared to non-users in all three cohorts. The abundance of specific bacteria increased in PPI users such as Lactobacillus and the bacterial group Enterobacteriaceae, which consists of harmless and pathogenic bacteria like E. coli. Bacteria that normally reside in the mouth became more abundant in the gut of PPI users compared to non-users.

According to the study, the change in gut microbial composition was associated with decreased stomach acid production due to PPI use. This allowed more bacteria to survive passage through the stomach during digestion. The results were consistent with previous studies that associated decreased gut bacterial diversity with increased incidence of C. difficile infections. The authors suggested that due to the impact of PPIs on the gut microbiota, overprescription of PPIs should be avoided to prevent gastrointestinal infections.