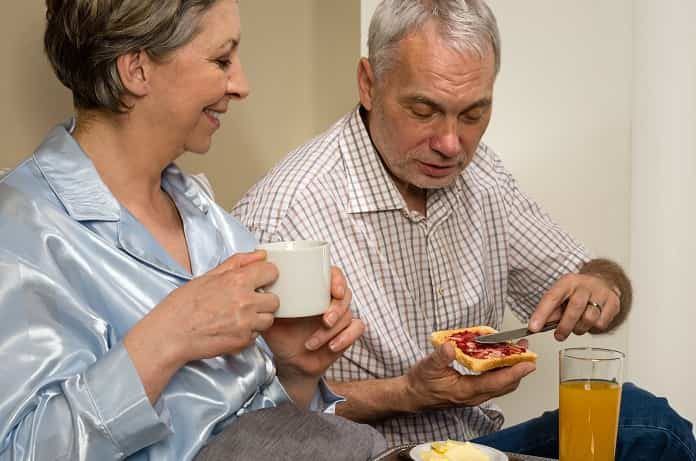 Published in the British Journal of Nutrition, a new study conducted over the duration of 12 weeks finds that protein enriched foods do not help to improve the physical performance of older patients after being released from the hospital.

The PROT-AGE study group recently recommended a protein intake of 1.2-1.5 g/kg per day for older adults who suffer from acute and chronic diseases. There have been two previous studies to test whether there would be an increase in physical performance of the elderly with the inclusion of protein enriched foods. However, the duration of these studies was quite short, limited to a maximum of three weeks, and only two protein-enriched products were provided.

A new study, published in the British Journal of Nutrition tested a 12-week intervention conducted in older patients. This intervention was performed in a hospital in the Netherlands. In this study, the researchers decided to make more kinds of dietary options available to increase the selection of protein enriched foods with the help of nutritional professionals and catered the protein-rich food based on the nutrition needs of older adults. The trial began at the hospital and went on to continue after the patients went home for 12 weeks (October 2014 to April 2015) to assess whether there was a change in physical performance. At home, the patients received packaged delivery of the protein rich foods along with a detailed nutritional guide. Control subjects received a more typical diet. Following this, a 12-week break in the assessment was given, and a final measurement was done. The presence of the patient at home was the real test to determine whether had any effect on the physical performance of the person. The subjects of the study were randomised. Their food intake was recorded in a diary, and they were assessed using a 24-hour recall. All records were checked for completeness, and unclear dietary items were double checked to reduce the chance of error.

Results showed that even though the amount of protein intake was increased successfully for the participants, there was no increase in physical performance. Participants of this study had a regular high protein intake for 12 weeks, much longer than in the previous two studies of three days and three weeks. The study population was older and had a higher chance of having a debilitating disease such as chronic obstructive lung disease. It was found that the presence of these diseases made the increased protein intake sufficient enough to improve physical performance as the extra protein was being utilized by the cells of the body to prevent unnecessary swelling and inflammation due to old age diseases. Such debilitating diseases also hinders older individuals from performing any kind of physical activity, preventing patients from attempting exercise and not allowing their muscles to utilize the excess protein provided to them via the food. It was also noticed that without the protein enriched foods provided by the researchers, it was difficult for participants to stick to the high protein diet.

This study shows that a protein enriched diet alone cannot affect the physical performance of an individual, especially in older adults. There must be some form of resistance exercise working the muscles for them to utilize the protein that ultimately helps in building muscle. In addition to adequate exercise, a patient’s nutritional requirements need to be considered to include the amount of protein needed to recover from an illness as well as the amount needed to improve muscle strength. Doctors and dieticians should work together to formulate dietary templates that will help older patients achieve enough protein-enriched foods on an individual basis and emphasise the importance of resistance exercise in their day to day lifestyle.