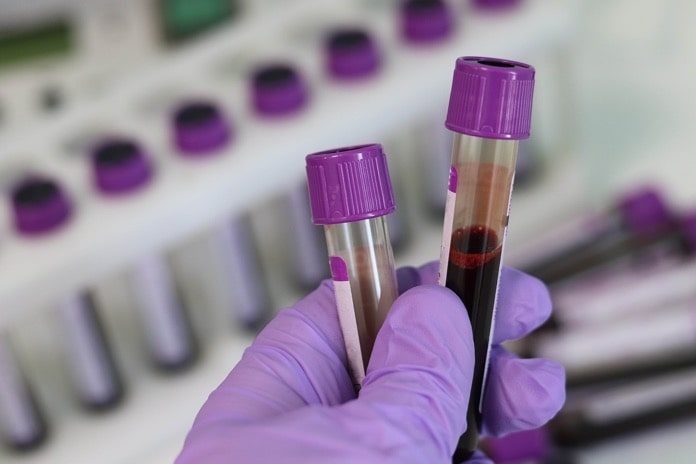 Hodgkin’s lymphoma, also called Hodgkin’s disease, is a type of cancer originating from lymphocytes. Lymphocytes are white blood cells of the lymphatic system. The lymphatic system is a circulatory system that is important for fighting infections and abnormal cells, like cancer cells.

As with other cancers, lymphocytes can become cancerous if a cell stops functioning normally and starts to multiply faster than normal. Cancer starting from lymphocytes is called lymphoma. Lymphoma can start almost anywhere in the body but usually starts in clusters of lymph nodes, which filter fluids of the lymph system.

Hodgkin’s lymphoma is a type of lymphoma that starts with a specific type of abnormal lymphocytes called Hodgkin and Reed-Sternberg cells. Treating Hodgkin’s lymphoma and other lymphomas with existing therapies is often successful, and the survival rates for these cancers are higher than many other types of cancer. However, some patients’ lymphomas are resistant to currently available treatments, drawing a need for further research into other possible treatments for these patients.

Programming patients’ cells to destroy their own cancer

In a study conducted at the Lineberger Comprehensive Cancer Center and the Levine Cancer Institute in North Carolina, USA, researchers investigated whether patients’ lymphocytes could be programmed to recognize and destroy lymphoma cells. They presented their findings at the 60th Annual American Society of Hematology Annual Meeting in San Diego on December 3rd, 2018.

The researchers inserted DNA into T-cells that would give these T-cells “instructions” to produce a specific receptor. This receptor allows the cell to recognize a protein called CD30, which is on the membrane of cancer cells in some patients. T-cells destroy abnormal cells, so when they produce this receptor, they should recognize and destroy cancer cells that have CD30.

In the recent study conducted in North Carolina, the patients received treatment with drugs (chemotherapy) that would deplete other lymphocytes before their modified T-cells were injected back into them. This “lymphodepletion” chemotherapy reduces the abundance of unmodified T-cells that the modified T-cells have to compete with for resources.

Researchers recruited 24 patients ages 23-70 whose cancer cells had CD30. Most of these patients had Hodgkin’s lymphoma, but a few patients had different lymphomas. All 24 patients’ cancer either did not respond to previous treatments or had returned after successful treatment. Fourteen patients were given two drugs for lymphodepleting chemotherapy, and the other ten were just given one of these drugs. After these patients were treated with modified T-cells to target CD30, the researchers followed up on changes in the severity of patients’ cancer and how much time went by before each patient’s cancer got worse.

A promising treatment for Hodgkin’s lymphoma

This study shows a promising new treatment for Hodgkin’s lymphoma and potentially other lymphomas that do not respond to other treatments. In addition, the researchers did not observe any toxic effects of the modified cells in any patients in this study. The researchers will be continuing to work with this new therapy to improve its effectiveness in patients with Hodgkin’s lymphoma and other lymphomas.