If you’ve had a urinary tract infection (UTI) before, you know they’re not fun. Depending on where the infection is, UTI’s can range from simple to very complicated, and from annoying to life-threatening. Because of the differences in male and female anatomy, women are 30x more likely than men to get a UTI (1).

So, how do you know you’ve got an infection? Well, here are a few symptoms:

Antibiotics can treat UTI’s but….

Currently, the most common way of treating UTI’s involve antibiotics to kill off the bacteria that’s taken over your urinary tract. BUT… and this is a big BUT… antibiotics don’t just kill bad bacteria, it also kills the good/beneficial bacteria!

When the bacteria populations regrow later on, it can cause ‘dysbiosis’ or an overgrowth of bad bacteria which can lead to even more health problems. Obviously, this side effect is something you’d want to avoid at all cost, which brings us to the next section.

We’re going to look at natural alternatives that will not affect ‘good’ bacteria populations. We’ve got 3 natural options for you – probiotics, cranberry juice, and d-mannose. Let’s take a look at each of them in detail:

Probiotics are live cultures of ‘good’ bacteria, which help keep the ‘bad’ bacteria under control. You’ll find probiotics in fermented foods such as yogurt, kefir, miso, sauerkraut, kimchi, and pickles.

You can eat fermented food everyday, however, the fastest way to get your ‘good’ bacteria populations up is to take probiotic capsules. These come in a variety of strengths, measured in CFU or colony forming units.

As for the type of probiotics, it’s important to choose a brand that uses patented strains that are backed by scientific research. Cheap generic strains are not known for their stability and may not make it to your gut alive, which essentially renders them useless.

So, what does science say?

One study found that women who drank kefir 3x a week had a reduced risk of recurrent UTI (2). Another study followed 2 groups of women – one group took probiotics and the other took antibiotics. Both groups experienced fewer recurring UTI’s, however, the probiotic group did NOT develop a sudden increase in antibiotic-resistant bacteria, which is a good thing (3)!

Women have been told for decades to drink cranberry juice when dealing with a UTI. While many have testified that they got better or experienced fewer episodes of reinfections, these may be nothing more than anecdotal evidence.

That said, a 2017 meta-analysis study reported that cranberry may have helped reduce the recurrence of UTI in healthy nonpregnant women. In fact, cranberry reduced the risk of recurrent UTI by about 26% – a significant statistic indeed (4).

So, what’s in cranberry juice that can help treat UTI?

Well, it’s not the acidity (this was previously thought to be the reason why cranberry works against UTI). Apparently, cranberries contain 2 bacteria-busting compounds that inhibit or prevent them from lining the urinary tract. These compounds are D-mannose and Proanthocyanidin (PAC). For this article, we’ll only cover the benefits of D-mannose as you’ll see in the next section.

D-mannose is a simple sugar found in cranberries and many other fruits. It treats UTI’s by stopping the bacteria from sticking to the urinary tract, so these pathogens get flushed out of the body along with urine.

D-mannose is a potent UTI treatment option when taken separately as a powder. A group of researchers conducted a study on more than 300 women who have recovered from acute cystitis and found the following (6):

The antibiotic group may have had the lowest percentage, but as mentioned earlier, antibiotics can lead to serious side effects! So, with that in mind, we can safely say that D-mannose is a very good UTI treatment option.

All three options – probiotics, cranberry juice, and D-mannose powder – can effectively fight off bacteria that cause UTI. You can take all three separately, but it’s rather inconvenient, don’t you think? What if you can just take a supplement that has all 3 ingredients in it?

Fortunately, such a product exists! Check out Intelligent Labs Women’s Probiotics with Prebiotics supplement. Each capsule contains a minimum 6 Billion CFU of patented probiotics, as well as a proprietary blend of cranberry juice powder, d-mannose, and prebiotics to keep the probiotics fed!

Image by tanya nova from Pixabay 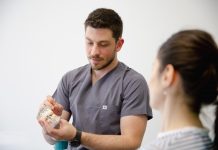 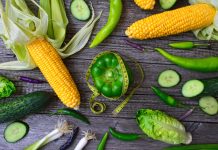 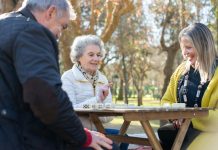