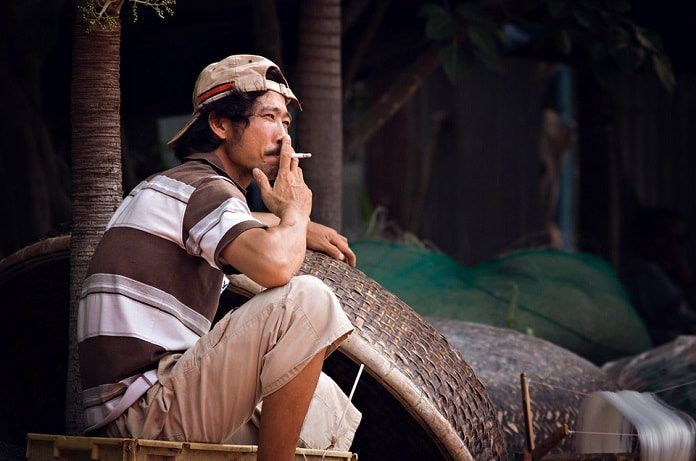 Smoking cessation services are not available in China due to high costs and limited interest from smokers who have no intention to quit. A simple, low-cost, proactive intervention program may help Chinese men quit smoking.

The 2010 Global Adult Tobacco Survey in China reported that about half of Chinese men were current smokers, and nearly two-thirds of these had no intention to quit. Although smoking cessation services, such as clinics and telephone quitlines, are well-established in many developed countries, they are not available in China due to the high costs of provision. Similarly, expensive smoking cessation medications are not widely prescribed. In addition, these interventions do not attract smokers who have no intention to quit smoking.

Simple proactive behavioral interventions are likely to be the most useful strategy to reduce smoking in China. One study in Guangzhou China reported that a 30-second smoking cessation intervention by physicians could increase quitting. There have only been a few trials on the effectiveness of interventions without medication in smokers who expressed no intention to quit. The findings of these have been inconsistent. Researchers in Beijing, China, conducted a trial of a simple proactive behavioral intervention program on Chinese male smokers who had no intention to quit. They reported their findings in the journal Addiction.

Male patients attending the Endocrinology and Acupuncture Outpatient Clinics were asked about their smoking status and intention to quit. Current smokers with no intention to quit were randomly assigned either to the Smoking Reduction Intervention (SRI) group or the Exercise and Diet Advice (EDA) group. The SRI group received a 1 minute face-to-face interview with physicians on the health risks of smoking and advice on quitting. They had follow-up telephone calls from trained counsellors with further advice at 1 week and 1, 3, 6 and 12 months. No smoking cessation medications were prescribed. Patients in the EDA group were also given physician interviews and telephone follow-up, but the advice was related to exercise and diet, with no advice on smoking. The smoking status of both SRI and EDA groups was noted in a separate call 7 days after each follow-up (7-day point quitting/smoking status).

The trial recruited 369 smokers – 181 in the SRI group and 188 in the EDA group. A total of 250 participants completed the full 12-month program.The drop-out rate was similar in both groups. At the end of the year-long program, the self-reported 6-month prolonged smoking abstinence rate was higher in the SRI group than in the EDA group, although this was not statistically significant. The self-reported 7-day point quit prevalence in the SRI group was significantly higher than the control group at each follow-up interview.

Interventions such as this program are low-cost and easy to implement. Similar proactive programs could be useful in countries where smoking prevalence is high, but the motivation to quit is low and funding for smoking cessation services and medications is limited.