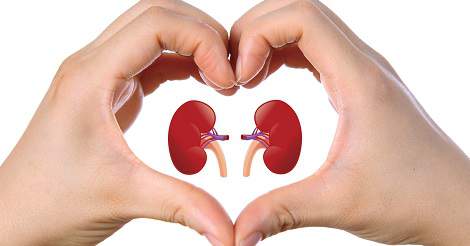 A new study shows that the early use of vasopressin, instead of norepinephrine, did not positively affect the number of kidney failures in adults experiencing septic shock.

Norepinephrine is a neurotransmitter chemically released from the sympathetic nervous system. It is commonly called the stress hormone and it is responsible for getting your blood pumping. Vasopressin is an anti-diuretic hormone secreted by the pituitary gland which affects the kidneys and blood vessels as it prevents the loss of water from the body. Septic shock speaks to organ damage or injury caused by an infection. This consequently results in a very low blood pressure.

Within the research community, early vasopressin administration has been suggested on a few occasions as an alternative to norepinephrine. The aim of the study, ‘Effect of Early Vasopressin Vs Norepinephrine on Kidney Failure in Patients with Septic Shock’, was to compare the effect of early vasopressin versus norepinephrine on kidney failure among patients suffering from septic shock. In 18 general adult intensive care units in the United Kingdom, a randomized clinical double-blind trial was conducted between February 2013 and May 2015. The study enrolled patients experiencing septic shock requiring vasopressors. Randomly, patients were assigned to one of the following: vasopressin and hydrocortisone (which works to reduce the immune system’s response to inflammation), vasopressin and placebo, norepinephrine and hydrocortisone, or norepinephrine and placebo. There were 409 patients involved with the average age being 66 and the percentage composition of women being 41.8%. The drug administration time on average after the diagnosis of shock was 3.5 hours.