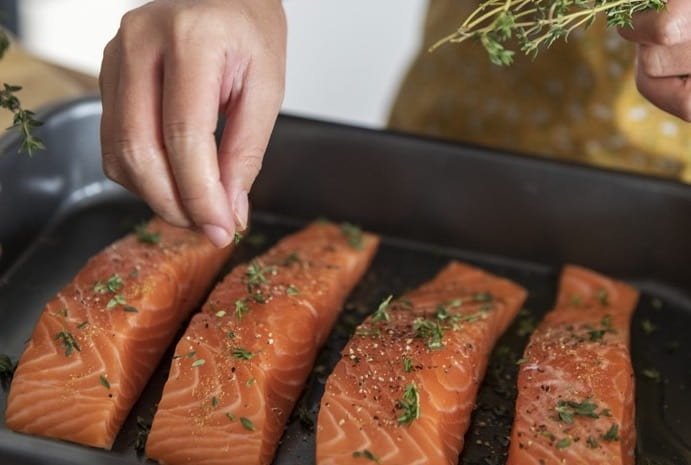 Published in Scientific Reports, a European study recently looked at whether a heart-healthy diet is linked with a lower risk of heart disease.

Research has shown many benefits of a healthy diet for heart and age-related diseases. Numerous nutritional studies support a heart-healthy diet, which is aimed to help prevent heart disease. Part of the diet includes controlling portion size, eating plenty of fruit and vegetables, limiting unhealthy fats and including sources of low-fat protein such as fish and eggs. Reducing the amount of salt and eating whole grains is also recommended.

Recent advances have enabled researchers to determine metabolite profiles. Metabolites are small molecules formed in or necessary for metabolism. For example, primary metabolites which are involved in normal growth, development and reproduction include lactic acid and glutamic acid. Secondary metabolites, on the other hand, are not directly involved in these processes but important for a healthy functioning body, such as growth hormones and antibiotics. Determination of metabolite profiles has provided insights into mechanisms involved in age-related diseases such as cardiovascular diseases and helped predict risk factors for the diseases.

It has been suggested that metabolites respond to diet, as diets are an important source of various metabolites and help to induce a metabolic response (the body’s reaction to a specific influence or impact). However, few studies have looked at the relationship between overall diet and metabolites. By identifying potential associations between dietary patterns and metabolites, this may offer a better understanding of how overall diet could protect against chronic diseases like heart or cardiovascular disease.

Are metabolites associated with a reduced risk of heart disease?

Therefore, researchers in Europe recently carried out a study that aimed to identify metabolites that were associated with adhering to a healthy diet. They also wanted to determine whether these metabolites were associated with a reduced risk of cardiovascular diseases, as well as able to predict the incidence of this chronic disease. Their findings were published in Scientific Reports.

They obtained data from the Whitehall II study, which is a large cohort study including British middle-aged men and women. They assessed adherence to dietary guidelines provided in the Whitehall II study using the Alternative Healthy Eating Index (AHEI). The AHEI is a dietary index which has shown higher scores are linked to a reduced risk and incidence of cardiovascular disease as well as death due to cardiovascular disease.

The analysis included a total of 4,824 participants from the Whitehall II study and the follow-up period was 15.8 years. An average of 80 metabolites were recorded and the average AHEI score was 50.7. A higher AHEI score indicated greater participant adherence to healthy dietary recommendations. It was also associated with a lower concentration of metabolites related to the generation of glucose and lower chronic inflammation.

Analysis of the associations between 41 metabolites and AHEI obtained from Whitehall II study was repeated in the Young Finns study. The results showed that among the 41 metabolites assessed, an individual’s AHEI score was again, strongly associated with a good adherence to a healthy diet and the “good” fatty acids.