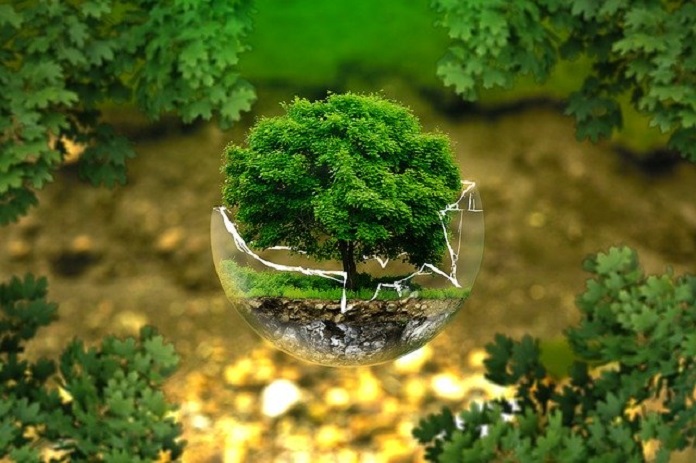 Paper reveals how damage to the environment may be linked to the risk of a global pandemic.

Whilst the SARS-CoV-2 pandemic remains the most immediate crisis facing human life on earth, it is not the only one. In recent years we have seen an increasing focus on the impact of climate change and the threat environmental damage poses to our way of life. Although these two crises appear unconnected, a study recently published in the journal Science (1) demonstrates how they may in fact be linked.

Whilst the exact source of the SARS-CoV-2 virus has yet to be pinpointed, it most likely emerged from bats, jumping into the human population through an intermediary species. On average, over the last hundred years, there have been two new viruses each year that have made the leap from animals to humans. Thankfully, many do not have a significant impact. But as with SARS, MERS, SARS-CoV-2 and even HIV, these zoonotic viruses have repeatedly demonstrated the potential to cause significant damage in human populations.

At these edges, the contact rates between wildlife and humans or livestock are greatly increased. For example, the study cites the fact that fruit bats are more likely to feed near human settlements when their forest habitats are disturbed. These changes to bat feeding behaviour have been linked to zoonotic viral outbreaks in Australia, Africa, Malaysia, and Bangladesh.

However, this paper also makes an economic case for reducing deforestation. The authors suggest that for a cost of $9.6 billion per year, forest protection strategies could reduce high-risk deforestation by 40%. Given the devastating costs both in terms of lives and economically, of the current coronavirus pandemic, this protection strategy would have a large return on investment, even if the only benefit accounted for was the reduced risk of virus emergence.

The paper also examines a second key factor – the wildlife trade. This trade involves both the sale of wildlife and bushmeat for consumption and also the exotic pet industry. This trade greatly increases the number of close contact interactions between humans and wild species. The authors note that whilst the public will to tackle the wildlife trade is strong right now due to the COVID-19 pandemic, it will require much greater funding for wildlife enforcement networks to tackle the problem.

Another problem they highlight is the under reporting of zoonotic disease exposure. The authors recommend a pro-active approach to this problem. They suggest a program of viral discovery in wildlife and then testing of humans and livestock at high risk of contracting these wild pathogens. They also highlight the importance of identifying outbreaks at the earliest opportunity. Many zoonotic outbreaks occur in remote, rural regions which often have poorer access to healthcare. In these settings, significant outbreaks can go undetected, particularly if symptoms of the viral infection are similar to known diseases. Syndromic surveillance is one proposed solution to this problem. This involves tracking cases of illness with similar symptoms in particular areas. The cost estimates for such programs are modest compared to the potential costs of a more widespread outbreak.

In total, the combined costs of the various measures and proposals put forward by the authors are estimated at between $22 and $31 billion per year. Whilst these figures appear large initially, the potential benefits are enormous. The deforestation proposals alone would produce a benefit of $4 billion per year in reduced greenhouse gases. And even without putting a cost on the mortality and morbidity it has caused, the current coronavirus pandemic may cost as much as $5 trillion in GDP for 2020 alone. It’s clear that, given the risk of future pandemics, money invested in pandemic prevention would be money well spent.

Image by ejaugsburg from Pixabay