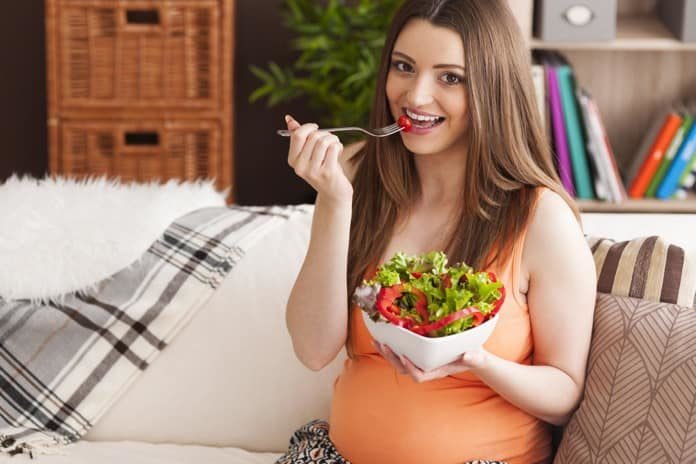 Researchers examined the influence of a pregnancy diet on the growth of the developing fetus, the birth weight, and the outcome of the baby at birth.

A healthy pregnancy is very important and the outcome of the fetus depends on it. It is widely believed that a pregnant woman eats for two and that the well-being of the baby is directly dependent on the health of the mother. One of the most important factors for determining the well-being and outcome of a fetus at birth is the maternal diet during pregnancy.

In a study published in the Journal of Nutrition, the researchers in New Hampshire, USA analyzed the effect of pregnancy diet on the unborn baby. This was a prospective cohort study carried out among 862 pregnant women between the ages of 18 and 45 years and at 24–28 weeks of pregnancy.

The researchers used a questionnaire to collect information on the pregnancy diet of the participants and maternal smoking status while the medical records were used to assess data such as fetal sex, head circumference, length, fetal weight gain versus maternal weight gain during the pregnancy and the general outcome of the baby.

The effects of smoking, pregnancy diet and birth weight

Again, the mothers who smoked had consistently smaller babies than those who did not smoke. The birth weight was also found to be higher in former or current smokers with adjustments to a better quality pregnancy diet.

There was no direct association between diet quality and babies born at low birth weight. Women with better quality pregnancy diet, however, showed a decreased likelihood of having babies who were small for gestational age. These findings indicate that diet quality affects the growth of the fetus.

“Small for gestational age” indicates a restricted growth of the unborn baby evidenced by the size or weight of the baby at birth in relation to the gestational age even when their birth weight is greater than 2500 g. Therefore, it is a reflection of the growth and wellbeing of the baby while in the mother’s womb rather than just having a low birth weight. The intrauterine growth of a baby is influenced by modifiable factors such as smoking and pregnancy diet and the wellbeing of the baby depends on it.

Babies who suffer growth restriction and are born with a birth weight below the 10th percentile given their gestational age at the time of birth tend to eat more and gain weight very fast in early childhood. Doctors refer to this as the catch-up growth. This increases their risk for obesity, diabetes, problems with the heart and several other chronic diseases in childhood or early adulthood just like babies with low birth weight.

The researchers believe that these babies need to be followed up to assess how the size at birth has impacted their long-term health. More work is needed using biomarkers of smoking and exposure to cigarette smoke to further understand the interaction between diet quality and smoking in relation to the size of the baby at birth. Also to find out how better quality pregnant diet can affect macrosomia, or large for gestational age.

Importance of adhering to a healthy diet

In conclusion, this study has shown that the smoking is associated with poor quality pregnancy diet, and a poor pregnancy diet is linked to intrauterine growth restriction. This can result in a baby who is small for gestational age and a resultant catch-up growth, which predisposes the baby to the risks associated with childhood obesity.

Importantly, this study emphasizes the need to assist pregnant women to adhere to a better quality pregnancy diet as a way to reduce the risks associated with babies who are small for their gestational age.

Reference: Emond, Jennifer A., et al. Better Diet Quality during Pregnancy Is Associated with a Reduced Likelihood of an Infant Born Small for Gestational Age: An Analysis of the Prospective New Hampshire Birth Cohort Study. The Journal of Nutrition 148.1 (2018): 22-30.