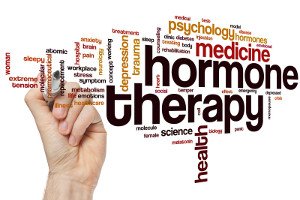 Hormone therapy for alleviating issues with postmenopause has the added benefit of reducing the risk of colorectal cancer, according to a new study.

A research team has undertaken the largest study to determine the link between hormone therapy (HT) and risk of colon and rectal cancer. The results were published in the European Journal of Epidemiology. The study involved more than 1 million peri- and postmenopausal women in Denmark aged 50 to 79 years, who were followed for 10 years to determine their risk of developing colon or rectal cancer. About 63% of the women had never been on HT while the rest were either currently using or had previously used hormones. During the study, about 8300 and 4700 women were diagnosed with colon and rectal cancer, respectively.

The study found that current and previous hormone users had a reduced risk of colon and rectal cancer compared to non-users. Other factors such as long-term use of hormones for at least 10 years, use of oral hormone therapy, and skin patch estrogen-only therapy were also linked to lower colorectal cancer risk. Of the hormone users who developed colorectal cancer, the women were less likely to progress to an advanced stage.

The study confirmed that hormone therapy for conditions related to postmenopausal women could also reduce the risk of colorectal cancer. However, the use of sex hormones to prevent or treat colorectal cancer patients has not been tested.