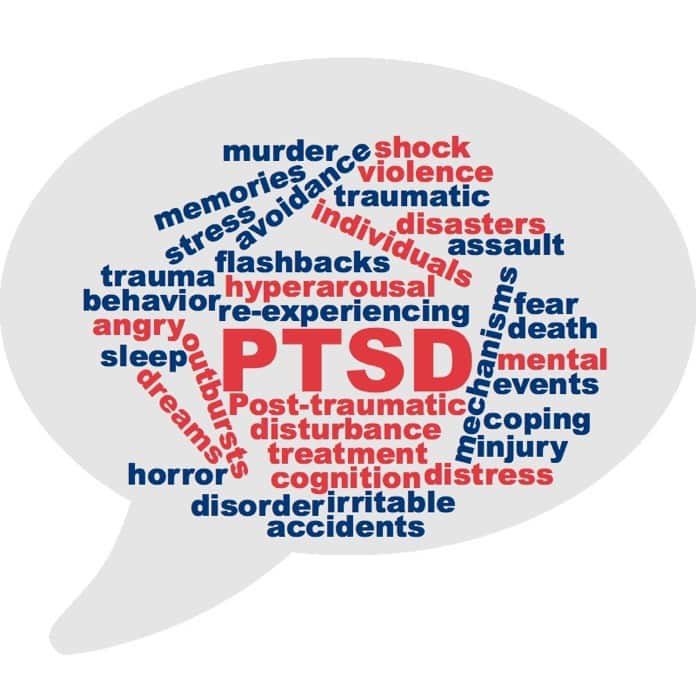 Post-traumatic stress disorder (PTSD) is a mental disorder that develops in people who have experienced or witnessed traumatic events. PTSD as a disorder was initially associated with veterans who have been in combat and experienced or witnessed war atrocities, but it has since been seen to affect people in the general population who have experienced other kinds of traumatic events. Humans are constantly exposed to natural and social occurrences such as death, injury, violence, sexual assault, murder, disasters, accidents which create fear, shock and even horror in most individuals. The response to these feelings and coping mechanisms differ from person to person. While some people will recover from traumatic events over time, with or without treatment, others will require major therapy to be able to overcome the trauma. In cases where symptoms persist or get worse over time after the traumatic event, the individual may develop PTSD.

The symptoms of PTSD vary from one individual to another and are usually those associated with the traumatic event. PTSD symptoms are usually experienced within three months of the traumatic event but may also begin later. Symptoms must last for at least a month to be considered PTSD.  The American Psychiatric Association’s Diagnostic and Statistical Manual of Mental Disorders (DSM) has characterized PTSD symptoms into persistent re-experiencing, avoidance, hyperarousal, and cognition.

Avoidance: Persistent avoidance of memories, thoughts, and feelings as well as people, places and activities related to the traumatic event.

Hyperarousal: Symptoms include irritable behavior and angry outbursts, verbal or physical aggression towards people or objects, reckless or self-destructive behavior, being easily startled and on edge, difficulty concentrating and sleep disturbance.

Cognition: Symptoms include alteration of one’s mental process of reasoning and comprehension, knowledge, judgment, memory and attention. There may be persistent negative emotions and detached feelings as well as having trouble remembering aspects of the traumatic event.

Although stress-related events have been shown to be associated with several mental disorders including PTSD, the actual cause of the disorder is not very clear.  Some possibilities include:

Factors that influence exposure to traumatic events may include but are not limited to:

While the above factors increase the risk of developing PTSD, there are certain factors that may help reduce the risk of developing the disorder. These are called resilience factors and are mostly individual abilities such as the ability to seek treatment and support after a traumatic experience, ability to come up with coping strategies and to act and respond courageously in the face of fear.

PTSD has a serious negative effect on the everyday life of an individual and may increase the risk of other health conditions including:

It is important to differentiate between PTSD and other mental disorders in order to recommend appropriate treatment. The fifth edition of the Diagnostic and Statistical Manual of Mental Disorders (DSM-5) outlines the criteria for the diagnosis of PTSD. The criteria require that an individual has been exposed to such traumatic events as death, violence or serious injuries through:

Diagnosis of PTSD involves performing a physical examination to determine the cause of the symptoms, a psychological evaluation of the different symptoms (re-experiencing, avoidance, hyperarousal, and cognition) and the use of the DSM-5 criteria.

PTSD can be treated with medication, psychotherapy or both. Experienced mental health professionals will decide on the best treatment for their patients based on the symptoms they present with.

Psychotherapy: Psychotherapy is a method that uses both verbal and nonverbal communication to treat patients with mental disorders. In PTSD, psychotherapy targets the symptoms, with the best-supported therapy being cognitive behavioral therapy (CBT). CBT is divided into exposure and non-exposure therapies. In exposure therapy, the therapist helps the patient overcome fear through a gradual and safe process of exposure to the avoided traumatic event using images, writings or even live events to an extent where such events no longer cause trauma and are no longer avoided by the patient. Non-exposure therapy focuses on current life events and interpersonal relationships. In general, psychotherapy techniques that help in relaxation and anger control, as well as provide tips for exercising, improved nutrition and sleep, as well as identifying and dealing with negative feelings can go a long way towards treating PTSD.

Medication: The most used and studied medications for PTSD are antidepressants which are used to alleviate symptoms such as sadness, anger, and numb feelings. Antipsychotic agents, anti-anxiety, and sedatives, as well as drugs that target insomnia and nightmares, are also used to treat patients with PTSD.