Home Diet Are Portion Sizes Just as Satisfying When Changed? 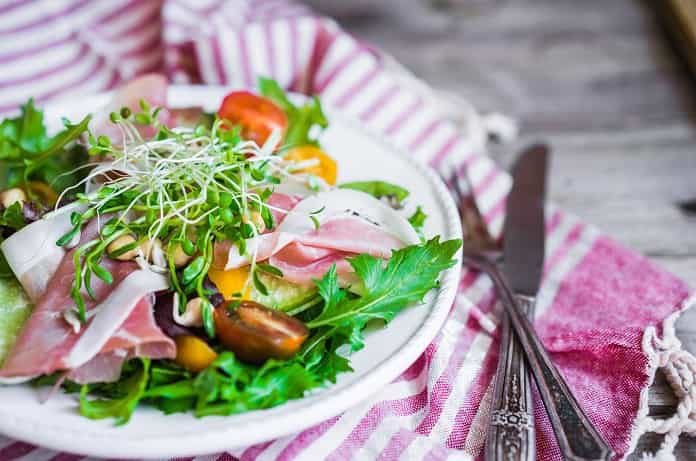 A recent study investigated whether customers in restaurants were just as satisfied when unknowingly, their vegetable portion sizes increased and their meat portion size decreased. It was determined that this method was effective in decreasing the amount of meat consumed while increasing vegetable intake and still keeping customers satisfied.

Even though various studies displayed evidence of health benefits from vegetables and the importance of their consumption in the prevention of chronic disease, individuals in most western countries still consume less than the recommended amount. Studies suggested that part of the reason behind a lower vegetable intake was due to having meals outside of the home, such as at fast food outlets or restaurants. Concerns with this include fewer vegetables, higher calorie foods, and a higher volume of meat consumed.

Reinders and colleagues published an article in the International Journal of Behavioral Nutrition and Physical Activity to investigate if increased portion sizes of vegetables and decreased portion sizes of meat, in a real-life setting, can be consumed without affecting the customer’s satisfaction. In addition, this study also aimed to determine what amount of vegetable and meat consumption is related to demographics, nutrition and lifestyle. The study began in May 2015 throughout three major restaurants in different parts of the Netherlands, where 1,006 participants were included in this study. 54% were women and 46% were men, ranging from 9 to 88 years. The restaurants in this study were chosen through convenience sampling to represent the rest of the population and selected customers in the restaurants were randomly chosen. To have a control variable present, there was a 6-week control and 6- week intervention period and the measurements took place every Saturday evening. During the intervention phase, which consisted of 470 people, the portion sizes of vegetables on the plates were doubled (150 g of vegetables instead of 75g) and the portion of meat was reduced by 12.5 %. In the control period, the portion sizes of the main dishes remained the same.

It was observed that vegetable consumption was 30% higher during the intervention period as opposed to the control period. However, meat consumption was less in the intervention period than the control. Furthermore, the results from this study supported Reinders and colleagues’ hypothesis that increased portion sizes of vegetables led to a higher vegetable consumption and decreasing the portion size of meat led to a lower consumption of meat products. An interesting finding was that participants who visited the restaurant for business purposes consumed a higher amount of vegetables in comparison to those that came for leisure purposes. Based on the questionnaires, it was determined that participants who already had a positive attitude towards vegetables ate all of the vegetables from their main and side dish and had better knowledge of the quantity of vegetables required for consumption on a daily basis. In terms of satisfaction, it was revealed that the main dish was slightly lower in satisfaction during the intervention period as opposed to the control, but there were no complaints with the restaurant and satisfaction did not differ.

This study is important as it reflects that healthy eating can be done successfully and can be controlled through portion sizes. Especially being in a time period where so many people are affected by chronic diseases and obesity is rapidly increasing, it is important to find a realistic way to encourage people to eat bigger portions of vegetables and smaller portions of meat.