Home Diet Portion Control: What drives us to overeat and how can we avoid... 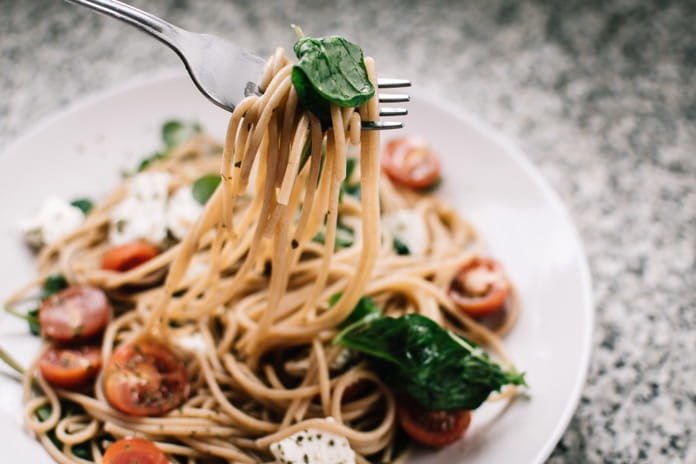 A recent review looked at how understanding the science of portion control can help people to reduce their portion sizes and reduce unhealthy weight gain.

Studies show that increases in portion sizes over time has led to a significant increase in the number of overweight and obese individuals. This is known as the portion size effect. The portion size effect occurs when the consumption of large portions of high-energy and high-density foods such as bread, bagels, fries, chicken nuggets, cheese, and pasta may lead to a larger intake of food and overeating over time. One strategy to promote healthier eating is the education and introduction of portion control.

Studies have shown that a consistent increase in portion size between two to 11 days increased an individual’s calorie intake by 423 kcal per day. In theory, if 1 kg of body fat represents 7.7 kcal of stored energy, the additional intake of energy per day would result in an increase in at least 1 kg per every 18 days, provided other lifestyle factors did not change such as physical activity. Therefore, if portion size affects energy balance, then an increase in portion size would result in weight gain over time if no other measures are taken to balance out the increased energy intake.

However, there are limited controlled studies that have been carried out long enough to determine the effects of the portion size effect on body weight. This is due to challenges with following participants to assess how large portion sizes over a sufficiently long period of time have an impact on weight. There is a lot more evidence supporting the finding that large portions lead to overeating over time compared to evidence supporting large portions directly leads to weight gain, which is still limited. The difficulty showing that large portion sizes are directly linked to an increase in weight may be due to differences between individuals and their susceptibility to the portion size effect.

Studies have shown that individuals respond differently to palatable foods in large portions, with some more susceptible than others. With high-energy-density foods being more attractive in terms of taste and pleasure, compared to low-energy-density foods such as fruit, vegetables and lean protein, children are especially more inclined to have a greater portion size effect. Therefore, parents, in particular, may need to exert portion control for highly liked high-energy-density foods as a strategy to promote healthier eating habits. This highlights a complex relationship clearly exists between portion size, energy density, liking and individual eating traits.

Portion sizes have increased over the years

Compared to the 1950s, the portion sizes have significantly increased. The US National Heart, Lung and Blood Institute has shown American consumer trend changes through illustrations. For example, a typical burger size has increased from 333 kcal to 590 kcal and french fries from 210 kcal to 610 kcal. The issue is that as the trends have changed, the general population have become familiar with and see these larger portion sizes as normal or typical. Some also argue that this exposure to larger portion sizes leads to the sizes becoming normal, resulting in people expecting the larger portion sizes.

Snacking is an important starting point to reduce portion sizes

The main drivers of portion size effect are high-energy-dense foods and palatability. Therefore, an obvious starting point for reducing portion sizes is through snacking. Studies have shown that parents who use portion control strategies such as reducing the size of snacks through use of smaller containers and bags or buying small pre-packaged individual snacks as opposed to letting children determine their own snack size is effective.

In the UK, one study found that 79% of parents are offering their children larger than recommended meal portions. Therefore, another strategy for portion control would be providing labels on packaging as guidance to parents to help them determine portion sizes would also be beneficial.

Another factor affecting portion sizes and strategies for portion control is the variation in children’s energy requirements. Variations occur due to age, sex and activity levels. In 2010, based on dietary guidelines, a visual representation of relative proportions of items on a plate a single meal was designed in the US and known as My Plate. The aim of this campaign was to help guide both adults and children with proportions and ultimately the size of their meal. Few studies have been done, however, to evaluate the effectiveness of such campaigns to influence individuals to control their portion sizes.

Portion control aids and a variety of foods may potentially encourage children and adults to achieve establish healthier eating habits, including a higher intake of nutrient-rich foods and downsizing their portions. Establishing better eating habits may be quicker and easier in children than adults, but this has not been tested yet.

It is important to understand the science of portion control

In conclusion, scientific evidence supports the finding that large portion sizes of high-energy-density foods such as bread and cakes result in increased energy intake. Various factors have been shown to influence portion size effect, such as palatability and consumers being guided by what is given to them, with larger portions seeming normal. This subsequently influences consumers’ eating habits. Larger portion sizes eventually seem normal, resulting in the higher consumption of food over time

Offering large portion sizes of low-energy-density foods which are high in nutritional value does not seem to promote healthier eating habits and improve diet quality. The researchers suggest that it is important for people to understand the importance of portion control in order to establish portion norms. Creative solutions in the art of downsizing meals, especially for children and adolescents is key to helping them establish healthy eating habits from a young age.