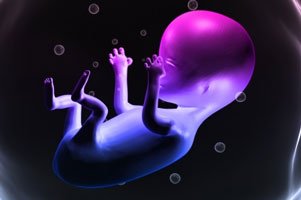 A study published in the Journal of the American Medical Association Psychiatry has investigated the effects of prenatal exposure to environmental contaminants on cognitive and behavioural problems that are present later in childhood.

The study specifically assessed the effects of environmental pollutants called polycyclic aromatic hydrocarbons (PAHs). These pollutants are neurotoxic and are produced following incomplete combustion of organic materials. For example, PAHs are produced by both diesel-powered and gasoline-powered vehicles. Additionally, they can be produced by burning of both coal and oil. Other sources of PAHs included tobacco smoke and space heaters. It is known that these pollutants can affect development of the brain in-utero.

The study aimed to determine the effects of prenatal exposure to PAHs on brain structure, and subsequent cognitive and behavioural changes in childhood. The study included women who lived in various parts of New York, who were recruited through their prenatal clinics between February 1998 and March 1996. Women were only included in the study if they were between the ages of 18-35 years, non-smokers, with no diagnosis of diabetes, hypertension, or HIV. Follow-up took place from the fetal stage up to 9 years of age.

The results revealed a corresponding decrease in white matter in the brain of children with increasing prenatal exposure to PAHs. The reduction in white matter was noted almost exclusively in the left hemisphere of the brain.

An assessment of the children at age seven demonstrated that processing speed during intelligence tests were significantly reduced with increasing prenatal PAH exposure. In addition, behavioural problems, and symptoms of ADHD were significantly correlated with reductions in white matter. The greater the reduction of white matter, the greater the reported reduction in processing speed and increase in behavioural problems.

The researchers suggest that prenatal exposure to PAH pollutants disrupt normal brain development in utero, resulting in slower processing speed in children, in addition to symptoms of ADHD and externalizing problems in children. These results raise concerns regarding exposure to air pollutants, particularly during critical periods of brain development in-utero, and raise public health concerns.

Image courtesy of ddpavumba at FreeDigitalPhotos.net