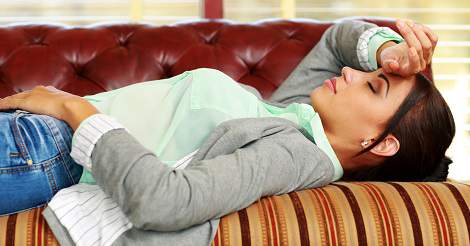 Data from a recent study indicates that Andrographis paniculata extract may be an effective remedy for fatigue relief in patients with Multiple Sclerosis.

Multiple Sclerosis (MS) is a neurological and autoimmune disease that disrupts the body’s nervous system. It is believed to be caused by an inflammatory response that targets and breaks down neurons. People afflicted with MS can suffer from a variety of physical as well as psychiatric symptoms. For individuals with Relapse-Remitting Multiple Sclerosis (RRMS), patients have recurring inflammatory episodes, during which symptoms can get worse, or they develop new ones. One of the main symptoms of RRMS is overwhelming fatigue. The fatigue is believed to be the result of these inflammatory responses.

Currently there are no treatments for MS, but there are interventions available. None have proven effective at addressing the fatigue of RRMS. In a recent study published in BMC Neurology, researchers examined the effects of Andrographis paniculata (A. paniculata), a plant native to South-East Asia, in fatigue reduction in RRMS patients. This plant has been used to mitigate the symptoms of several inflammatory diseases, such a rheumatoid arthritis.

This study was conducted on 25 patients with RRMS who were between the ages of 18-50, and who had at least one relapse episode in the previous two years. The study was a double-blind placebo-controlled trial using A. paniculata tablets. Itwas organized in such a way that both the participants, and the neurologists collecting data, were unaware of which group participants had been assigned to. Participants were placed in either the A. paniculata tablet group, or in the placebo group. Study participants were instructed to take a tablet, (containing A. paniculata or the placebo), every 12 hours over the course of 12 months.

The results of this study showed that participants taking the A. paniculata tablets had a significant reduction in their fatigue scores compared to their placebo counterparts. In addition, there was only one incident of adverse side effects, (in this case a skin rash), indicating that A. paniculata may be a relatively safe intervention for fatigue relief.

Overwhelming fatigue can have a significant impact on the health and well-being of patients suffering from RRMS. As there are currently no pharmacological interventions that work, this study’s results suggest that the A. paniculata extract may be an effective intervention. While the researchers note that more studies need to be conducted with larger sample sizes, they remain optimistic that the A. paniculata may provide fatigue relief for those afflicted with RRMS.