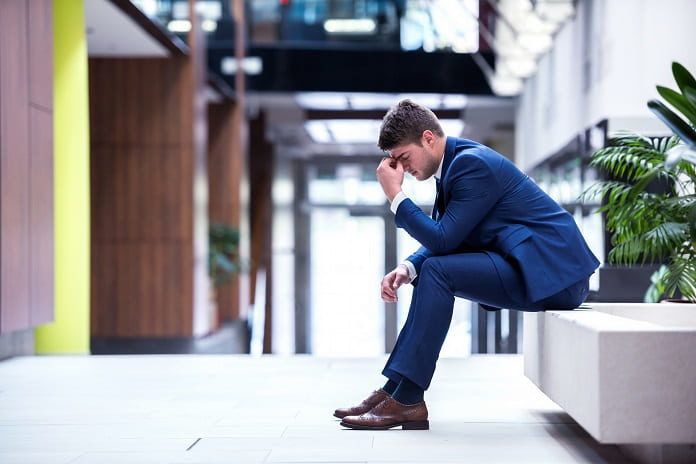 A recent study analyzed the effects of a chronic ailment, combined with ill mental health, on the work performance and attendance of employees.

By now it is well-known that certain ailments, such as multiple sclerosis, lupus, rheumatoid arthritis, Lyme disease, and other immune disorders create an immense burden on both the individual and the society.

Such diseases can cripple the patient, or make an ordinary day a feat that is harder to pass by. Patients with immune disorders tend to feel an increase in work anxiety and decreased work performance in certain occupations. In fact, immune disorders strongly correspond to missing work due to sickness, working whilst sick, and general impairment. These distressing signals, at any rate, are unacceptable. Yet individuals with immune disorders suffer through these much more commonly.

Mental illness brings risks and burdens to the chronically ill

Aside from the physical aspect, emotional health tends to deteriorate during the course of the disease. More than 25% of certain patients develop depression, and closer to 30% develop anxiety. In multiple sclerosis, the frequency of depression rises to more than 50%.

Psychiatric disorders, especially work anxiety, constitute a burden in and of itself. Nowadays, anxiety and depression disorders constitute cause enough for disability status. Even more, mental illnesses are strongly comorbid with physical illnesses, meaning that the two types tend to coexist.

The preceding matter suggests that either mental health causes and exacerbates chronic illnesses, or vice versa. Regardless of the direction, the importance of depression, anxiety, and immune disorders are of grave concern for clinicians, society, the economy, and the individual themselves.

Chronic illness results in more distress, especially when the patient is non-employed

To study the strength of the connections between physical, mental illness, and work impairments of different types, a team of researchers in Canada developed a survey experiment. In this experiment, the investigators recruited 964 patients from Manitoba, close to 500 of which were employed, and around 300 solely demonstrated mental health symptoms. They published their results in PLOS ONE.

The first and most notable finding of this study is that patients that would stop working (whether or not through choice) demonstrated more significant signs of distress. In this study, the signs were fatigue impact, pain effects, depression, and anxiety.

Similarly, other factors such as level of educations, work environment, and age follow in their footsteps. The authors noted: “Each of pain effects, fatigue impact, anxiety, and depression were significantly associated with absenteeism (percent of time missed due to health), presenteeism (percent of impairment at work due to health), and general activity impairment.”

In terms of strength of results, these effects were observed quite solidly. Most of the psychological research falls short of such figures, sparking a curiosity for further investigation of the phenomena.

Of the four distress signs, fatigue impact had the most influential result, while anxiety had the least consistently noted impairment. The researchers mention that fatigue was previously assessed as a “significant determinant of [patients] with MS and RA leaving employment”. Fatigue also seems to be a highly common symptom of major depressive disorder and may predict worsened outcomes in such patients.

Noteworthy, however, was the choice of a questionnaire that the investigators administered. In it, fatigue was not defined as a simple collection of symptoms, but rather a fatigue impact, thereby measuring a concept already closely related to impaired work performance.

The other three distress signs each corresponded to specific developments. For example, depression was strongly correlated with absenteeism, while pain effects were strongly related to reduced work quality and impairment. Work anxiety effects did not seem to influence many of the categories, corresponding almost solely to presenteeism. This last point might be captured via a worse-off performer on the job, who is still showing up, though they may not be at their best, which is a common feeling for anxiety patients.

Pointedly, the researchers selected a sample of patients with depression and anxiety distinct from the polymorphous (combined mental and physical illness). Therefore, any effects of anxiety and depression stressors on work-presence met such criteria alone.

According to the study, whether the distress sign was attributed to a physical or mental illness was of no significance. It is symptoms such as fatigue or anxiety which contribute to activity impairment.

The investigators mention that some physical symptoms may be overcome and are not obstacles that impair activity. Memory performance, for example, “was associated with work interference, but not absenteeism or general activity impairment,” say the researchers. Thus, a memory impairment of a certain degree may not always be a problem. Each case is individual.

It was also observed that there was no significant difference in impairment between “medium” and “highly” impaired (i.e. 50th and 90th percentile) patients. Impairment comes from disability, and those who have ‘less’ of it don’t necessarily take it “more lightly”.

Interventions are needed for bettering individual and social life-quality

The effects observed withal are an important investigative subject for clinicians. Interventions may be required to first reduce such detrimental distress signals, overcoming the issue on an individual level. Following that, a societal and economic change may be observed, as more patients are better able to function every day in society, and specifically have good work performance.

Such concerns are, of course, not limited to work-related environments. Individuals with immune disorders and mental illnesses are strongly affected in almost every aspect of their lives. It is, however, easier to demonstrate the overall loss and impairment in employment scenarios. Thus, while the above-discussed issues are important in-and-of-themselves, research may focus on work performance as a slice of the experience. Furthermore, interventions may bring about some of the more quantifiable results, while carrying along a better overall quality of life.

Additional research is needed for describing, evaluating interventions, and determining biomedical approaches to treatment. While this experiment recruited a large enough sample, the investigators mention that previous such studies lacked an appropriately sized sample. More research, in general, is needed for the development of working theories. More interventions, such as workplace accommodations, must be tried and tested.