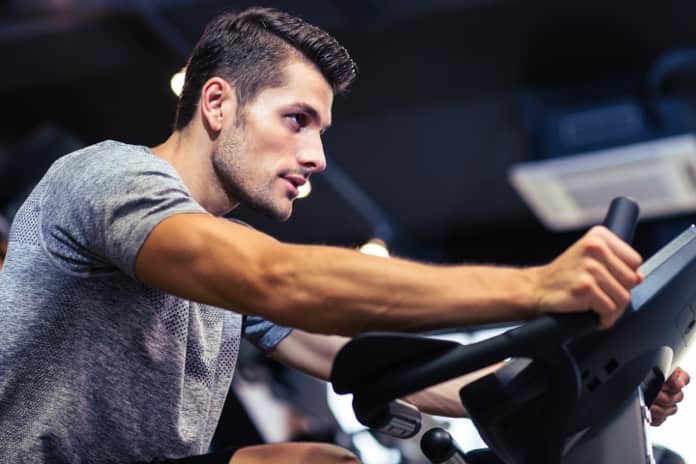 A new review examines the potential of genetic testing for creating personalized exercise regimens for physical training and for identifying the risk for physical injury associated with physical activity.

While physical activity is generally recognized to improve fitness and reduce the risk of chronic disease, it also understood that the response to physical training varies from individual to individual. While some display small improvements with training, others show a significant response.

Apart from nutrition, socioeconomic factors, training techniques, and genetics may also play a crucial role in determining the response to physical training.1 It is also known that some genetic conditions such as cardiomyopathies (diseases of the heart muscle) may increase the risk of cardiac death during periods of intense physical activity.2 Research has also been conducted into the impact of genetic variations on training-induced injuries to tendons and ligaments.3 A review published recently in BMC Genomics4 highlights the progress made in the area of genetic testing for developing personalized exercise regimens and preventing injury.

The review evaluates the various studies that have been conducted to identify genes and their associated types of injury including bone, muscle, ligament, and tendon injuries. The data from these studies can be used to develop genetic tests to determine which individualized training, conditioning, and physiotherapy programs that prevent or minimize injury can be devised.

Another application of genetic testing is for the development of customized programs for aerobic or strength training. Similar training regimens can produce different results in different athletes, and identifying the underlying gene variants associated with specific responses to training methods can help develop effective training programs and improve results in the sporting arena.

Identifying  Genes that Place Athletes at Risk of Cardiac Death

Another condition where genetic testing can prove valuable is Marfan syndrome, which is caused by mutations in the fibrillin-1 gene. This condition is characterized by a tall, slender build and unusually long limbs, and may result in sudden death from aortic aneurysms and dissections. Genetic testing for the condition, especially in basketball and volleyball players who carry the traits of great height and long limbs, may be particularly beneficial.

A significant bottleneck in the development of genetic tests is the successful identification of the genes involved in regulating traits critical to athletic prowess and the exercise response, which in turn, requires an examination of the whole genomes of large numbers of individuals.5 An instance where this process was successfully undertaken was the identification of the genes associated with handgrip strength using data from 195,180 individuals. The study identified 16 genetic sites associated with handgrip strength, and the genes located at these sites code for proteins that are involved in skeletal muscle fiber structure and function, neuronal maintenance, signal transduction, and syndromes involving psychomotor impairment.

Consumers Must Be Aware of Misleading Genetic Tests

Notably, a number of direct to consumer companies are now offering genetic testing services followed by predictions about sporting performance, latent potential, and disease risk, but many a time, these companies do not engage the services of a medical practitioner. Consumers should be aware that many of these predictions may be medically unproven and misleading, and should exercise caution before opting for direct to consumer tests.

The review concludes by stating that while the current status of genetic testing does not yet afford too much predictive value, prescribed training regimens based on such testing for improved sporting performance and injury prevention may be the way of the future. Intensive international collaboration is required to incorporate genetic testing into sports medicine and weight management in a safe and ethical way.