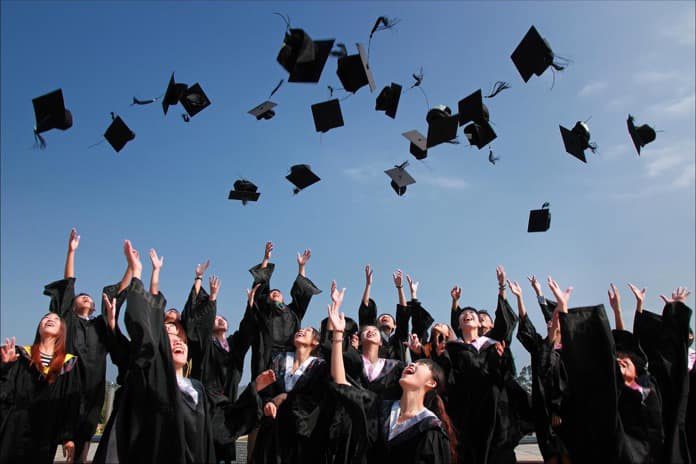 A team of researchers set out to find whether certain personality and non-factors can account for successful school performance.

An individual’s performance in school largely determines their success in life. It is therefore important to understand how factors like personality influence school performance. Certain personality factors, like one’s preferences, have been found to correlate with different behaviors and outcomes like smoking, drinking, and marital status.

Researchers in Hungary recently looked at a possible link between behavioral preferences and school performance. They also measured other factors such as risk, time, social and competitive preferences, and cognitive skills to determine a further association between exam results and GPA. As published in PLoS ONE, the team of researchers presented a group of 242 students in a university in Hungary with several decision-making questions. They then studied these in relation to the marks the students receive on an economy test, as well as their overall GPA.

Time Preference: Patient and Non-Patient Students Did Better in School

According to the authors, an individual’s time preference involves decisions with costs and benefits that occur at different points in time. To measure time preference, the researchers gave the students a series of decision-making tasks. These involved choosing whether they would prefer to receive a sum of money right now or a week later. The researchers would increase the first sum until the student switched their preference. This was the measure of patience.

They then added a longer period of time and measured the same way, but this time they measured whether the student would flip slower. If they did, they were classified as present-biased, which is highly related to procrastination.

The researchers have found that the major indicator of poor school performance was the present-bias. They have further found that very patient and non-patient students do not differ by much, but those in the middle tend to perform worse in school.

Risk Preference: Risk-Tolerant Students May Have an Overall Lower GPA

The authors state that an individual’s risk preference involves how they value safe and certain outcomes in relation to risky or uncertain alternatives. For this experiment, the students were asked to bet on the color of a ball picked out of a bag that contained 10 red and 10 black balls. If the participant got it right, they would have to double their bet the next time. The fewer times the participant has bet, the more risk-averse the participant.

For risk preference, the researchers found that risk-averse students tend to perform slightly better. Risk preference played a bigger role when it came to exam grade than overall GPA since multiple-choice exams have a risk factor to them which may encourage these students to go unprepared. They will also not be penalized on the next exam. Therefore, more risk-tolerant students may show an overall lower GPA.

Social preference includes many parts of human behavior such as trust, reciprocity, and cooperation. For this task, the researchers measured how students would cooperate with one another. They were initially given a sum of money and told that they and their partner should contribute to a mutual “account”. They will then both be able to draw 70% of the entire account, regardless of how much they have put in.

For individual preference, it is best to contribute zero to the account, as you will lose nothing and gain something. The social preference would be contributing all of the amounts and thus receiving more than the original allowance. The contributions would measure cooperation-preference.

For this aspect, the researchers have found that higher cooperativeness related to better school performance, especially GPA. However, it wasn’t straightforward; those who offered half their money showed significantly higher GPAs than those who offered none or all. This does not relate in the same way to the exam scores and the researchers have no explanation for the result.

The authors note that competitive preferences are also important to school performance as students that are competitive may want to excel more at school. To measure competitive preference, the team handed out a test, which also measured their cognitive abilities, that contained several general information questions. The participants were then asked the number of questions they think they got right and they would receive money for guessing correctly. They could choose a flat rate per correctly guessed answer or choose a more competitive route that involved choosing two other random participants and guessing whether they have more or less right answers. They could then make significantly more money if they had more right answers or the same amount but would lose everything if they had less right answers. This would classify the participant as either competitive or not.

It’s important to note that the study participants were slightly skewed towards males and the incentives were quite small – usually a few dollars usually. There may also be some problems with the validity of these measures; for example, the time preferences may be a part of a bigger phenomenon, such as self-discipline.

Nonetheless, this is a pilot study and its purposes are to create a debate and to stimulate further research into these measures. There could be great benefits to knowing how an individual’s certain preferences influence their academic achievement, as it could lead to several changes in teaching strategies. Much more research into these variables is needed, however, especially in conjunction with family background and socioeconomic status.