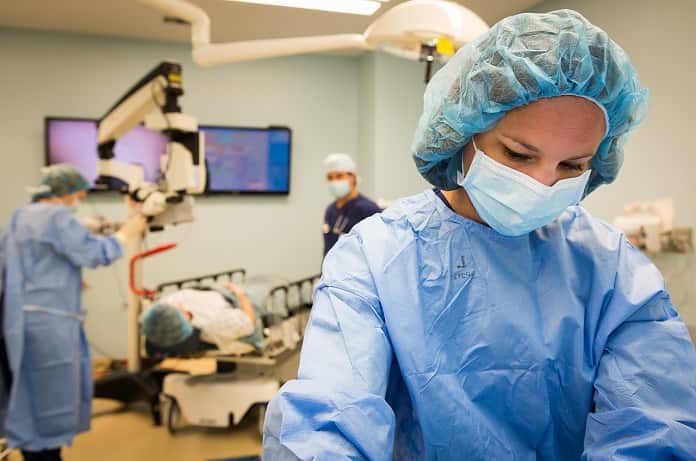 A team of researchers in Japan performed a study to compare the way we perceive pain and the way our bodies automatically react to it under the effects of sedation from anaesthesia.

Every day, in hospitals and clinics around the world, anaesthetics are administered to patients as a means of controlling pain and eliminating sensation during surgery. General anaesthetics cause a reversible loss of consciousness, while local anaesthetics cause a reversible loss of sensation in a particular area of the body. The perception of pain in a waking, alert state, and a sedated state has been studied mostly through receiving patient feedback. Subjective pain intensity (SPI) is measured through the visual analog scale (VAS), in which the patient indicates a value from 0 to 10 corresponding to the level of pain felt during a stimulus (such as an electric shock).

However, when a patient is rendered unconscious from the effects of sedation, they do not have the ability to actively communicate their perceived level of pain to clinicians. As such, objective indicators from the Autonomic Nervous System (ANS) such as changes in heart rate, blood pressure, and peripheral perfusion (a measure of a person’s pulse strength), are used to infer physiological responses to pain. At the present time, researchers do not have a full understanding of how those objective indicators correlate with the subjective perception of pain when a person is under sedation. A recent Japanese study, published in PLoS One, seeks to clarify the relationship between the two and shed light on the mechanism of subjective pain perception in the brain.

The group recruited 16 male subjects to be part of their study over ten months in 2013 and 2014. They administered one of two anaesthetics, proporfol or midazolam, to the subjects randomly. They asked the subjects to lay in bed while they gradually increased the dose of the drug and measured level of consciousness by the Bispectral Index (BIS) which records electrical activity in the brain. They recorded unconsciousness as the point at which each patient became unresponsive to verbal commands or failed to flicker their eyelashes in response to stimulation. They defined this dose of drug as Ce-LOR or the concentration at loss of response. This allowed the researchers to then adjust the concentration of drug to 75%, 50%, and 25% of Ce-Lor to achieve deep, moderate or light levels of sedation. This approach was particularly powerful because it permitted them to establish a range of drug doses appropriate for each individual in the study, instead of simply using standardized doses.

The researchers applied electrical stimulation to the right arm of the subjects while gradually increasing the current. Before administering anaesthesia, they used the electrical impulses to determine the point at which each subject felt that the pain was unbearable, which they called the pain tolerance threshold (PTT). This again allowed them to customize each experiment for their subjects. The final step was to apply the PTT level of electrical current to the patients at each sedation level (awake, light, moderate and deep), and record the responses of the ANS by measuring peripheral perfusion. They compared this data to subjective pain intensity on the visual analog scale as reported by the patient.

The researchers found that VAS scores declined under sedation with both drugs, in line with the concentration administered. In other words, the anaesthesia reduced the perception of pain. However, they found no change in the peripheral perfusion readings, suggesting that the ANS was responding to pain in the same way regardless of the effects of sedation. Interestingly, this finding points to the complexity of pain perception in the brain and suggests that those processes are distinct from the signals produced by the main players of the ANS, the spinal cord and brainstem.

The main limitations of this study were the small sample size of 16 people, and the single type of pain induced through electric shock. This made it difficult to analyze the data statistically and draw conclusions about its applicability to the larger population. However, this work has opened the door to further studies exploring the cerebral mechanisms of subjective pain perception under the effects of sedation.