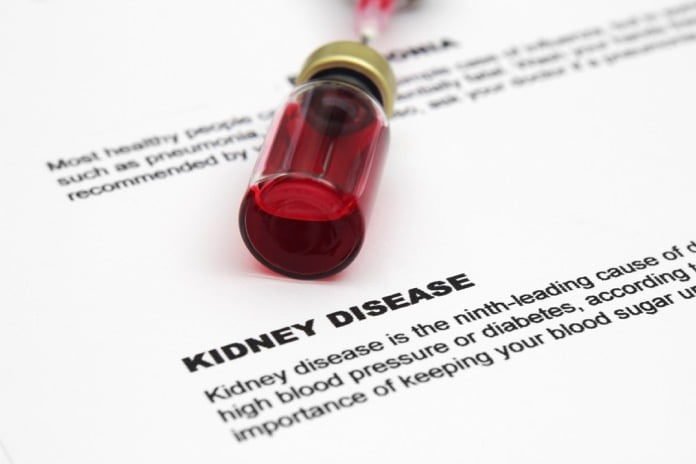 A study published in PLoS ONE highlights the high prevalence of iron deficiency and the associated gender patterns in non-dialysis chronic kidney disease patients.

Red blood cells contain hemoglobin, a protein molecule that carries oxygen from the lungs to every cell in the body. Hemoglobin is made by combining a heme protein and an iron molecule. Around 70% of the iron in a person’s body is found in hemoglobin molecules. To ensure adequate cellular respiration, iron is stored in the body in the form of ferritin. Lower than normal blood ferritin levels (12-14 gm/dL in women and 14-16 gm/dL in men) indicate that the body’s iron stores are low.  When this is the case, a person is said to be iron deficient, or anemic.

When the anemia is mild, symptoms may not be noticeable.  However, if blood ferritin levels are far below normal, or if the drop in blood ferritin is very rapid, people may experience the following symptoms:

In a study published in PLoS ONE, researchers from Beirut, Lebanon investigated patterns of iron deficiency in non-dialysis CKD patients receiving ESA therapy. This national observational study included data on all non-dialysis CKD patients that applied for ESA treatment during a five-month period from July 2016 until the end of November 2016.  Any patients who were under 18 years of age or who had received a kidney transplant were excluded from the study, as were patients missing blood ferritin values.

This is the first time that a national study demonstrates a divergent evolution of iron deficiency between genders along CKD progression.  One limitation is the lack of information regarding the previous and current treatment of patients, specifically the dose of ESA and iron intake.  Still, this study highlights the under-treatment of patients with CKD for anemia.  As the researchers noted, a high proportion of the CKD patients in this study were screened for iron deficiency for the first time.