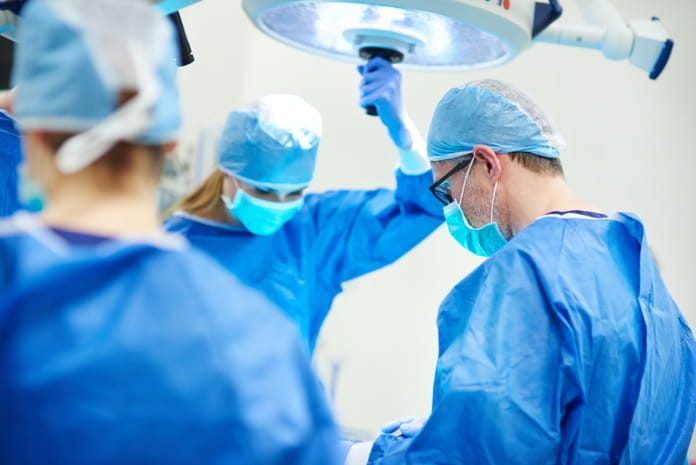 Prostate cancer is one of the most common cancers in men worldwide, mostly affecting older men. The prostate is part of the male reproductive system. It is a small walnut-sized gland that surrounds the upper part of the urethra (the outflow tube of the bladder). It produces the seminal fluid that carries sperm.

Symptoms of prostate cancer may not appear until advanced stages

Prostate cancer usually grows very slowly, and may not cause any symptoms until it is at an advanced stage – most men with prostate cancer die of other causes. Prostate cancer surgery can reduce mortality in men with localized prostate cancer. However, there is limited long-term evidence of which patients will benefit from surgery compared to a more conservative approach of treating any symptoms and monitoring their condition – a term called “watchful waiting”.

Patients were followed-up every six months for the first two years, and then annually until 2017. The researchers compared the incidence and relative risk of death from any cause and death from prostate cancer. They also compared metastasis (cancer spread) and estimated the number of years of life gained by surgical treatment.

After 29 years’ follow-up 80% of the men in the study had died, in 32% of these deaths was due to prostate cancer. The study showed that 12% of those who had surgery had been saved from dying of prostate cancer, 19% had incurable cancer, but the majority of the men in the surgical group had died from other causes. Men who had surgery lived on average 2.9 years longer than the men who received treatment for symptoms only.

Study suggests considering surgery only with signs of advanced cancer