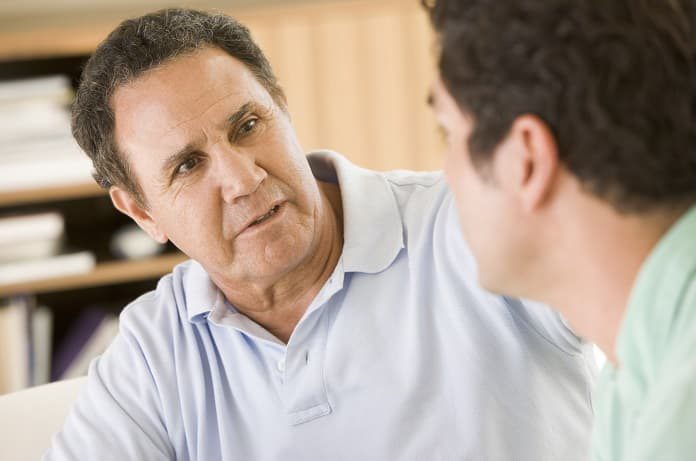 According to lead researcher Gemma Lewis, the incidence of depression increases markedly around 13 years of age with a majority of adults confirming their initial depressive symptoms occurring around the same time during adolescence. A mother’s depressive state has a measured increased risk factor for influencing adolescent depression but researchers wanted to delve further into the relationship between fathers’ symptoms compared to the depression symptoms in teens.

A study including 13,838 families from Ireland, England, Wales, and Scotland was catalogued between September 2000 and March 2012. Families were asked to identify one adult as a primary caregiver (day-to-day care) and overwhelmingly, the primary caregiver was designated as a biological mother with the secondary caregiver designated as a biological father. In the sample groups, the adolescent subjects were asked to complete a Short Mood and Feelings Questionnaire (SFMQ) at designated follow-up time points.

This self-report questionnaire served as a baseline for increases or decreases in perceived depressive symptoms. Common variables for depression were also taken into account to collate with the statistical outcomes of the surveys and scales: family income, parent’s education, age, ethnicity, substance abuse, etc.

The strength of this study lies in the similar age range across countries included as well as the representative sample size (socially marginalized areas and minority groups were oversampled to increase representation). A limitation of this study was the use of self-administered assessments of depressive symptoms as opposed to clinical interviews. This method of self-reporting may have produced less precise estimates. This important study demonstrates that interventions to improve teenage mental health should be inclusive of both parents, regardless of sex or mental state.