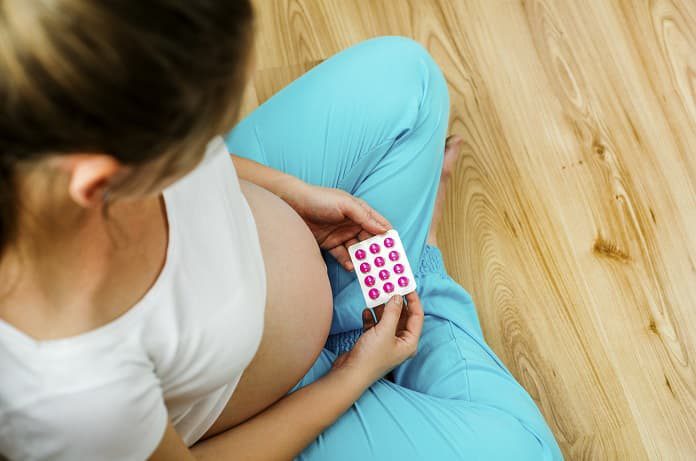 Researchers determine whether medications for panic disorder and generalized anxiety disorder increase the risk of adverse outcomes during pregnancy.

Panic disorder and generalized anxiety disorder (GAD) are not uncommon during pregnancy, with up to 5% and 10% of pregnant women experiencing panic disorder and GAD respectively. Based on registry studies, these disorders have been associated with adverse maternal and neonatal outcomes including preterm birth, small birth size, as well as a required delivery by cesarean section. These studies did not, however, consider the possible effects of medication use by the pregnant mother.

It has been shown that serotonin reuptake inhibitors (SRI) which are used to treat panic disorder and GAD during pregnancy are linked to adverse outcomes such as delivery of a low-birth-weight baby, mild and time-limited respiratory problems, gestational hypertension, preeclampsia, and cesarean delivery. Another class of drugs, Benzodiazepines, which are also used to treat anxiety disorders, has also been implicated in the risk of preterm birth, delivery of a low-birth-weight infant, and neonatal respiratory distress Based on these findings, Yonkers and collaborators decided to specifically investigate the link between panic disorder, GAD, and the use of SRIs and benzodiazepine treatment and a broader array of birth outcomes. This study was recently published in the journal JAMA Psychiatry.

The study included 2,654 pregnant women from 137 hospitals who had been exposed to a major depressive episode or trauma or use of an antidepressive agent. This cohort study was conducted between July 2005 and July 2009 and involved telephone interviews prior to 17 weeks of pregnancy, at around 28 weeks of pregnancy and around eight weeks after delivery using the World Mental Health Composite International Diagnostic Interview. Outcomes of interest were preterm birth, low-birth-weight deliveries, hypertensive diseases of pregnancy, preeclampsia, minor neonatal respiratory interventions, and the use of ventilatory support.

Of the 2,654 women that were interviewed, 98 had panic disorder, 252 had GAD, 67 used benzodiazepine and 293 received a serotonin reuptake inhibitor during pregnancy. Panic disorder or GAD was not significantly associated with any of the maternal or neonatal outcomes of interest. On the other hand, exposure to a benzodiazepine was associated with risk of cesarean delivery, delivery of a low-birth-weight infant, and neonatal ventilatory support. Similarly, exposure to an SRI was associated with preterm birth, need for minor neonatal respiratory interventions, as well as hypertensive diseases of pregnancy. Although the associations are statistically valid, it is important to note that they were not necessarily large.  For instance, the use of SRIs shortened the duration of a pregnancy by less than two days, and benzodiazepine by less than four.

The results of this study reveal that panic disorder or GAD during pregnancy has no adverse effect on the maternal and neonatal outcome, however, medications used in treating these disorders may have mild adverse outcomes. Both clinicians and patients should carefully weigh the risks and benefits associated with certain medications on both the mother and the fetus before making treatment decisions.