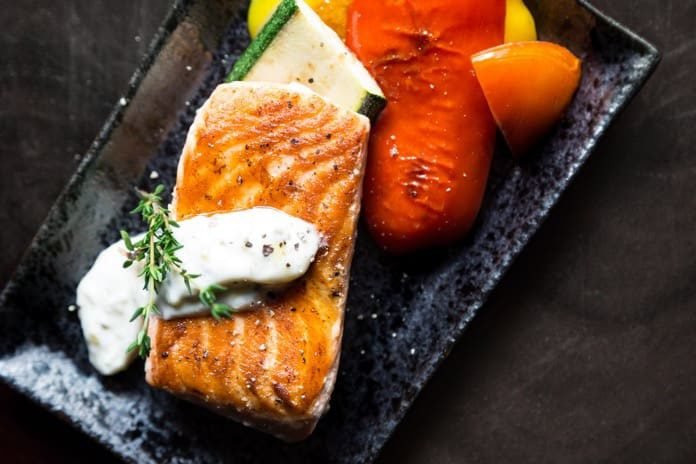 A new randomized controlled trial determined if the Paleo diet results in a higher risk of developing iodine deficiency compared with the Nordic diet.

Some studies have shown that the Paleo diet can improve health by eliminating high-fat and processed foods. Since the Paleo diet emphasizes eating a lot of fruits, vegetables and meat, and restricts entire food groups such as carbohydrates, it can help reduce caloric intake.

Iodine is an essential nutrient

Iodine is an essential element needed for the production of thyroid hormones. Iodine is available in salt, seafood, dairy products, and some meats. A deficiency of iodine is a common nutritional disorder worldwide that is linked to the enlargement of the thyroid gland or goiter, hypothyroidism, and intellectual disabilities in infants born to mothers who were iodine deficient. Since the 1920s, most table salt in all developed countries has been fortified with iodine to address the high incidence of goiter in the early twentieth century.

The most common method to determine iodine deficiency in a population is the measurement of iodine in urine samples since iodine is released from the body through the urine.

A recent study published in the European Journal of Clinical Nutrition determined if the Paleo diet results in a higher risk of developing iodine deficiency compared with a diet based on the Nordic Nutrition Recommendations.

The Nordic diet is a way of eating that focuses on the traditional foods of the Nordic countries, Norway, Denmark, Sweden. Finland, and Iceland. The Nordic diet recommends 150 mg/L iodine per day.

The researchers in Sweden compared the 24-hour urinary iodine concentration in participants on Paleo diet with the participants on a Nordic diet. The study, performed between 2007 to 2010, included 49 postmenopausal obese women that were assigned to either a Paleo diet or the Nordic diet. The researchers conducted clinical investigations at the start of the study, at 6 months, and 24 months.

The Nordic diet included lower protein and fat intake but a higher carbohydrate intake compared with the Paleo diet. The participants on the Nordic diet got 15% energy intake from proteins, 25-30% from fat, and 55-60% from carbohydrates.

The participants in both the groups consumed food as needed and self-reported the food intake records. The researchers determine 24-hour urinary iodine concentrations, 24-hour urinary iodine excretion, and levels of thyroids hormones (free thyroxine or FT4, free Triiodothyronine or FT3, and thyrotropin or TSH) for all the participants at the start of the study, and at 6 and 24 months.

The Paleo diet is associated with inadequate iodine levels

On the other hand, the iodine levels remain unchanged in the Nordic diet group. Moreover, the hormone FT3 also decreased at 6 months in the paleo diet group but the levels of FT4 and TSH were similar in both the groups.

Interestingly, the results showed that 24-hour urinary iodine levels increased in the Paleo diet group at 24 months. The researchers attributed this change to the possible difficulties faced by the participants in maintaining long-term Paleo diet. Additionally, consistent with mild iodine deficiency, the levels of FT4 and TSH was unaltered in this study.

This study is the first of its kind

The researchers claim that this is the first study that investigated the association between iodine deficiency and Paleo diet. Although the study had a small sample size, it finds strength in an increased precision of the sample collection methods. The researchers believe that the differences in the iodine levels between the Paleo diet and Nordic diet were based on the true effects of dietary changes.

Iodine supplementation may be necessary with the Paleo diet

The conclusion of this study points to the possible adverse effects of weight loss diets. The recurrence of iodine deficiency in the United Kingdom is an example of the iodine issue associated with the Paleo diet.  The low 24-hour urinary iodine concentration observed in the participants following the Paleo diet in this study confirms that paleo diet results in a higher risk of developing iodine deficiency.

The researchers suggest that people following the Paleo diet should consider iodine supplementation to keep their iodine levels within healthy limits.