Home Medicine Obesity Being Overweight as a Teenager Increases Risk of Mortality in Adult Life... 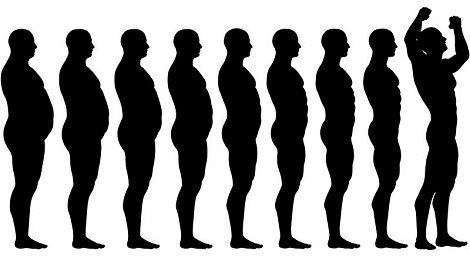 A new Israeli study reports that being overweight as a teenager increases risk of mortality in adult life; increased mortality was even seen in teenagers at upper-end of normal body weight

Today’s medical professionals can all agree that being overweight or obese in your adult life is detrimental to your health and life expectancy. Being overweight or obese is linked to many health complications, including heart problems (strokes, heart disease), low or no sperm in men, problems with mental health, diabetes and even increased occurrence of gallstones. Being overweight has even been linked to an increased cancer risk, and is expected to soon overtake smoking as the primary cause of cancer in developed counties.

Body mass index (BMI) is a scale used to measure an individual’s health, calculated by using their weight and height. BMI quantifies the amount of tissue mass (i.e. muscle, fat, and bone) in an individual and rates them as underweight, normal weight, overweight, or obese, based on that value. Many medical practitioners use a BMI to assess your level of health and determine if you are healthy for your height, age and gender. A BMI score is categorized into one of four groups: underweight (BMI less than 18.5), normal weight (BMI is 18.5 to 24.9), overweight (BMI is 25 to 29.9) or obese (BMI is more than 30).

Most people would not consider that their health as teenagers could impact their adult lives, but new research shows that teenage health could be a critical predictor of life expectancy in adult life. A study published in the New England Journal of Medicine has reported that overweight teenagers have a higher cardiovascular and all-cause mortality in young adulthood or midlife.

This study looked at 2.3 million Israeli adolescents, with a mean age of 17 years. Following the participants for 40 years, researchers observed if any deaths occurred in relation to their baseline BMI. Researchers discovered that 32, 127 deaths occurred and one in ten of those deaths were the result of cardiovascular complications. It was also determined that the risk of cardiovascular death as adults increased with higher BMI as teenagers. The risk of death from coronary heart disease later in life was 50% higher in people with BMI scores between 25 and 27, compared to those with BMI values of 18 to 19 as teenagers. Individuals with BMI scores between 25 and 27 also had a risk of death from all cardiovascular and all other causes.

Obese teenagers (a BMI score of 30 or higher) had a risk of death from coronary heart disease in adulthood nearly five times higher than those with BMI scores of 18 to 19. Participants with teenage BMI scores between 19 and 20 had the lowest rates of all-cause mortality as adults. Surprisingly, researchers discovered that although still in the normal range, participants who had BMI scores between 21 and 23 still had an increased risk of cardiovascular death.

These results are daunting when considering that the risk of cardiovascular disease is present even in participants with normal BMI scores. The risk of cardiovascular death increased with BMI scores as low as 21, which is just about halfway through the BMI range for normal weight. This study shows the importance of managing weight from an early age, for increased life expectancy and health.

What is your BMI score? Find out here: BMI Calculator