Home Medicine Women's Health Optimizing BMI and Adhering to the Mediterranean Diet May Decrease the Risk... 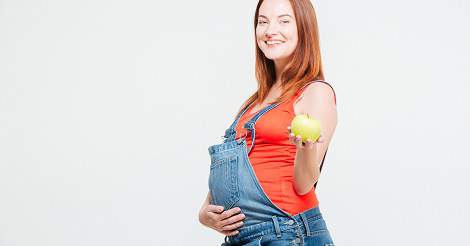 A new study has shown that adhering to the Mediterranean diet decreases a women’s risk of developing the two most common pregnancy complications — hypertensive disorders of pregnancy (HDP) and gestational diabetes mellitus (GDM). Further, optimizing BMI before pregnancy was shown to mediate a significant proportion of the total effect of the Mediterranean diet on the risk of HDP and GDM.

Hypertensive disorders of pregnancy (HDP) and gestational diabetes mellitus (GDM) are the two most frequent complications of women who are pregnant, affecting nearly 5 to 10% of women worldwide. HDP encompasses a range of conditions, including gestational hypertension (development of high blood pressure during pregnancy), pre-eclampsia (high blood pressure and dysfunction of organ systems during pregnancy), and pre-existing hypertension. GDM occurs when a woman without diabetes, or high blood sugar, develops diabetes during pregnancy. HDP and GDM have been linked to an increased risk of developing future cardiovascular disease and type 2 diabetes for mothers and their offspring. Given that these pregnancy complications are growing in both developing and developed countries, the identification of effective interventions that can prevent HDP and GDM and their detrimental health impacts is urgently needed.

According to previous studies, dietary factors appear to increase the potential risk for HDP and GDM. Increasing adherence to a Mediterranean diet, in particular, may increasingly reduce the risk of both HDP and GDM; but, evidence to support this appears to be mixed and inadequate. Moreover, studies looking at the contribution of body mass index (BMI) to the relation between a Mediterranean diet and risk of HDP and GDM also remain uncertain. BMI is a measure of body fat depending on one’s weight in relation to their height. If BMI truly is a significant mediator of this association, then dietary recommendations to optimize BMI before pregnancy may be considered in the development of interventions aimed at decreasing the risk of obesity and overweight, and thereby reduce the incidence of HDP and GDM.

A team of researchers examined the extent to which BMI prior to pregnancy contributes to the relation between a Mediterranean diet prior to pregnancy and development of pregnancy complications — HDP and GDM. In their study, they analyzed data from The Australian Longitudinal Study on Women’s Health — an ongoing population-based cohort study on the health and well-being of women in Australia — which included reproductive-aged Australian women born between 1973 and 1978, who were between 18 and 23 years of age and not pregnant at the start of the study. Dietary data was obtained from self-administered dietary questionnaires (n=9081) in which the participants completed every 3 to 4 years, and HDP (n= 3167) and GDP (n=3378) diagnosis were gathered for each pregnancy from self-reported questionnaires.

Even though BMI, particularly obesity, had a significant contribution to the overall effect of the Mediterranean diet on GDM and HDP risk, the researchers indicate that other factors mediate most of the effect. The effect of a Mediterranean diet prior to pregnancy on the risk of developing HDP and GDM may be influenced by other factors such as blood pressure, insulin resistance, inflammation, oxidative stress, micronutrient level and deficiencies, and weight gain during pregnancy.

In conclusion, the study suggests that optimizing BMI before pregnancy may significantly decrease the risk of HDP and GDP through interventions effective in implementing a Mediterranean diet before pregnancy. This finding is of great public health importance given the high prevalence of overweight and obesity in reproductive-aged women. The researchers assert that further studies are necessary to identify and further explore different pathways involved in these associations, in addition to the most successful ways to optimize BMI prior to pregnancy.