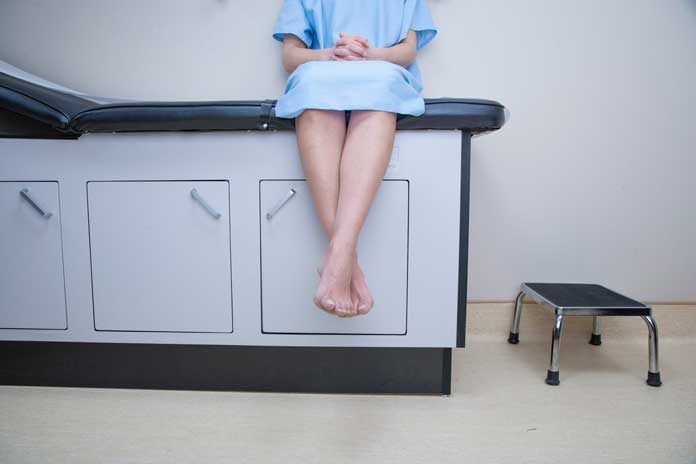 Many countries have highly restrictive abortion laws, making it possible for women who choose to terminate their pregnancy to potentially serve time in jail. Women on Web (WOW) is an online telemedicine initiative available to assist women seeking safe medical abortion options in such countries.

A medical abortion is a type of abortion that involves the termination of a pregnancy without the use of a surgical intervention. More specifically, women who choose this option are prescribed or access abortion medications such as misoprostol and mifepristone that act to induce a miscarriage. In countries that have highly restrictive abortion laws, many women have had to carry unwanted pregnancies to term, incur financial burden by traveling to other countries that permit abortions, and/or resort to unsafe methods such as using sharp objects or poisonous substances in hopes of ending their pregnancies. It is estimated that each year 43,000 women worldwide die because they do not have access through their countries’ health care systems to safe legal abortion services.

According to a recent study published in The BMJ, The Republic of Ireland and Northern Ireland (a province of the United Kingdom) have some of the most restrictive abortion laws in the world, and under most circumstances, abortions that take place in either country are considered illegal and therefore punishable by law to a maximum penalty of life imprisonment. An online telemedicine initiative, Women on Web (WOW), provides access to abortions by women living in these countries. Women who contact WOW via their organization’s website are provided with the medications, as well as given instruction about how to take the medication in real time. The women are given further assistance and support during the abortion process by way of email or instant messaging.

In order to study the safety and efficacy of this self-sourced method of medical abortions, Aiken and colleagues analysed self-reported data from 1000 women living in Northern Ireland and the Republic of Ireland between January 1, 2010 to December 31, 2012. In order to qualify women had to have gestational ages (GA) of up to 10 weeks when they requested the medication, and of these 1000 women, 781 (78%) reported being < 7 weeks pregnant, and 219 (22%) reported being 7-9 weeks pregnant. After each woman completed an online consultation form, a doctor reviewed the information and provided a prescription for appropriate dosages of mifepristone (200 mg) or misoprostol (1200 mg) to everyone who met the criteria. The main goal of the study was to assess the outcomes and adverse events women experienced after undergoing a medical abortion with assistance from WOW. To assess the level of complications and adverse events experienced, each woman was asked to complete either an evaluation form or an email follow-up 4 weeks after they were mailed the medications. The follow-up included questions that investigated whether or not the women were still pregnant, whether they received any surgical intervention after taking the medication (i.e. dilation and evacuation), whether they received treatments such as antibiotics or blood transfusions, and if they experienced any serious symptoms such as heavy bleeding, fever >39°C or abnormal vaginal discharge.

The researchers reported that nearly all (99.2%) of the women indicated that their pregnancies ended, and 94.7% of these women stated that their pregnancies ended without surgical intervention. Women with GA <7 weeks at the time they requested medical abortion through WOW received additional surgical intervention less frequently (3.7%) than women who were at 7-9 weeks GA (7.3%). Overall, 0.7% of women reported receiving a blood transfusion, while 2.6% required either oral or IV antibiotics during the abortion process. Potentially serious complications, most commonly bleeding requiring >2 maxi pads an hour for more than 2 hours, was more frequently reported in women with GA 7-9 weeks (13.7%) when compared to women with GA <7 (8.1%). For these women who reported serious complications, 95% said they sought medical assistance in a hospital or clinic.

There were a few limitations to the study, the main one being that researchers had to rely on self-reported data to determine the outcome and complications associated with medical abortions. However, because these women underwent abortions outside of a formal clinic or hospital, self-report was the only possible method of follow-up. Another limitation was that researchers were unable to accurately decipher whether or not the treatment women received for adverse events was appropriate and necessary. This study lacked information regarding hospital admission, and emergency room treatment, both of which are considered as adverse events. The researchers were also unable to accurately identify what the exact GA at the time of abortion was. Some women may have had higher GA’s than they were willing to admit, as well as, due to the mailing process and the varying amount of time it may have taken for each woman to receive the medication, there is a possibility that some women took the drug at a later than expected time.

In conclusion, medical abortions conducted by way of online telemedicine do not differ much from abortions that take place in a formal clinic setting, and therefore can be highly effective. The adverse effects associated with women taking the medication with the assistance of online support helplines are low, and most women are able to identify if they are experiencing a potentially serious complication and are able to seek the proper medical attention when advised. These results may be useful for women who are living in countries that have restrictive abortion laws.