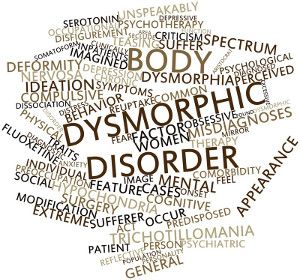 A new online adaptation of the standard cognitive behavioural therapy results in a large decrease in severity of symptoms, providing a new treatment option for Body Dysmorphic Disorder patients

Body Dysmorphic Disorder (BDD) is a psychiatric disorder that is characterized by constant obsession with an imaginary defect in an individual’s physical appearance. This body-image disorder is accompanied by compulsive behaviours that are time-consuming (such as excessive mirror gazing and skin picking) and results in a severely diminished ability to perform daily functions. Although the causes for BDD are unclear, this disorder is very prevalent (affecting 0.7-2.2% of the general population) and can lead to substance dependence, psychiatric hospitalization and suicide, if left untreated.

Current treatment options for BDD are prescribing pharmaceuticals, which target the brain and cause changes in mood or behaviour, or cognitive behavioural therapy (CBT), a conditioning therapy which changes the way a patient thinks and behaves. Although CBT proves to be a very effective treatment option, those with BDD are more likely to be given pharmaceuticals due to inaccessible trained therapists, and therapy costs. A new form of CBT has recently been introduced in a few countries (Sweden, Australia, and the Netherlands), and uses an online platform to carry out its practises.

A new study in the British Medical Journal observed the impact of an online-based CBT program on individuals diagnosed with BDD, to test whether a more available form of CBT still proves effective. 94 BDD-diagnosed individuals participated in this study and were enrolled in an online CBT program or an online supportive therapy program, for 12 weeks. Participants enrolled in the online CBT program were exposed to fearful situations combined with response prevention, until anxiety and urges to perform their compulsive behaviours were reduced. Participants enrolled in the online supportive therapy program were instructed to freely talk about their experiences, thoughts, and feelings about BDD to a therapist.

This study shows that online CBT therapy can provide an effective and inexpensive alternative treatment option for Body Dysmorphic Disorder, providing diagnosed individuals with easier access to the treatment they need.