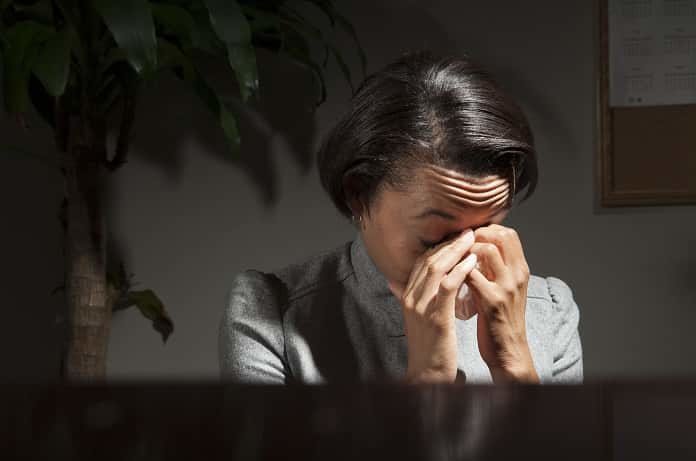 Migraine sufferers will know how debilitating a migraine headache can be and how frustrating it can be to manage and treat the various unbearable symptoms. Currently, there are several medications that can be used to prevent the onset of a migraine, but in many cases taking these medications gives only partial relief and may produce serious side effects. An article published in Dovepress: Neuropsychiatric Disease and Treatment provides a review of the known and predicted mechanisms of onabotulinumtoxinA and explains how it could be a viable alternative therapy for the treatment and prevention of migraines.

Botulinumtoxin is a neurotoxin produced by the bacterium Clostridium botulinum and can induce paralysis. Infection is caused by eating canned foods that have been infiltrated with the bacteria, most commonly low-acidity vegetables such as corn or green-beans. Infant botulism occurs through infected honey and is the reason why women are sometimes cautioned to avoid honey during pregnancy. This toxin works by inhibiting the release of the excitatory neurotransmitter acetylcholine at the junction between a nerve ending and a muscle, commonly referred to as the neuromuscular junction (NMJ). Without acetylcholine to bind and activate the contraction sequence of the muscle at the NMJ, paralysis will ensue.

As dangerous as it sounds, botulinumtoxin, commonly known as Botox, has been clinically used for a long time. It should be noted that when referring to the neurotoxin in clinical products, it is known as onabotulinumtoxin. Because the neurotoxin produces paralysis it can be used clinically to treat muscle spasms or stiffness and even an overactive bladder. Many studies, including some summarized in this article, also have found that onabotulinumtoxin has autonomic effects, meaning it can alter automatic functions such as sweating or salivation.

The current study, published in Dovepress: Neuropsychiatric Disease and Treatment, divided migraines into two broad categories and discussed the results separately. The episodic migraine group had episodes occurring less than 15 days each month while the chronic migraine group had at least 15 episodes per month with at least 8 of those days resulting in migraine headaches.

The studies investigating the effect of reducing episodic migraines with onabotulinumtoxinA were similar in design albeit with slightly different variations. They were all randomized, double-blind, and placebo controlled with subjects that met the criteria for suffering from episodic migraines. This means that subjects were randomly assigned to receive the neurotoxin at various injection sites in the head, neck, or upper back regions and neither the subject nor the researchers knew the assignments. This design eliminates any bias and increases the validity of the results or more simply, how true the results are. The researchers found that in several of the studies they reviewed, subjects responded significantly better to low dose onabotulinumtoxinA than a high dose. One study observed that subjects with a greater frequency of migraines benefitted more from treatment than those with a lower frequency. Although some of the studies provided promising evidence for the use of onabotulinumtoxinA in the treatment of episodic migraines, the researchers concluded that overall, the studies did not produce enough significant evidence to consider it as an effective treatment for an episodic migraine.

The studies regarding chronic migraines were similar in design to the episodic migraine studies discussed above, but one large study stands out in terms of its analytical potential, the Phase III Research Evaluating Migraine Prophylaxis Therapy-1 (PREEMPT) 1 & 2 trials. Together, these trials compiled data from 1384 patients following their progress over 24 weeks with injections of onabotulinumtoxinA at weeks 0 and 12 at fixed sites either in the head, neck, or upper back region. The pooled data from both portions of the study revealed that onabotulinumtoxinA injections significantly reduced the number of days subjects suffered from headaches as well as the number of hours the headaches lasted. The researchers concluded that data from PREEMPT and other studies show that onabotulinumtoxinA is effective for chronic migraine prevention.

Overall, Onabotulinumtoxin A was shown to be an effective treatment for chronic migraine prevention, but not episodic migraine prevention. The researchers also discussed how the injection of the toxin is generally well treated with adverse effects such as soreness at the injection site, neck pain, headache and others were observed infrequently. Future research into the mechanism of onabotulinumtoxinA in the treatment of migraines is essential as it is still debated. Further, since the toxin is only sold in certain unit sizes, more practical research should focus how it will be administered to prevent waste of a product that cannot be reused once opened. For those who suffer chronic migraines and cannot prevent or control symptoms with their current medication this article and the studies cited within provide hope that onabotulinumtoxinA may be an attractive option to switch to.

References: Robertson CE, Garza I. Critical analysis of the use of onabotulinumtoxinA (botulinum toxin type A) in migraine. Neuropsychiatric Disease and Treatment. 2012;8:35-48. doi:10.2147/NDT.S17923.