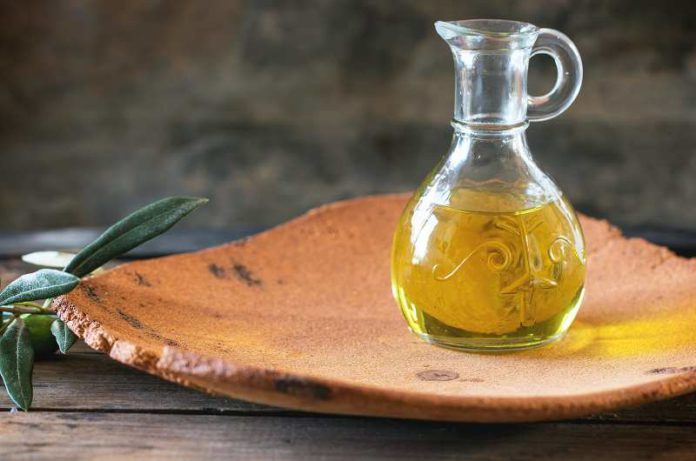 A study finds that adding an olive oil extract to farmed fish feed has a beneficial impact on the weight, lipid profile, and intestinal health of the fish.

The gilthead sea bream is considered the most flavorful of the breams and although wild catches are modest, seam bream farms are an important aqua culture in the Mediterranean Sea area.

As farmed-fish production expands, the demand for cost-effective fish food, known as aqua feed, increases. Until recently the bulk of the protein and fat came from marine sources, however most aqua feed is now composed of marine by-products, fish oil, wheat, corn, soybean, a vitamin mixture, and a binder. With competition among fish farms rising, alternative aqua feed ingredients are being examined.

Olive oil has been suggested as a suitable substitute for fish oil in fish feed, but no study has examined its effectiveness.

A study published in the British Journal of Nutrition examined the impact of replacing fish oil with a bioactive olive oil extract in aqua feed given to juvenile farmed sea breams.

1500 sea breams were divided among 20 fish tanks. The fish were fed twice daily with a formula containing 53% protein and 18% fat.  Four additional feeds were designed by substituting the fish oil with an olive oil extract. The olive oil extract concentrations were tested at 0.08%, 0.17%, 0.42%, and 0.73% of the total diet for a period of 90 days.

The fish fed a diet containing 0.17% and 0.42% olive oil bioactive extract weighed 5% more than the control group. The extract seemed to reduce the size of fatty deposits to the liver, suggesting a positive influence. 88 intestinal markers were evaluated and 29 of them were differentially expressed, suggesting that the extract had the potential to improve intestinal health. The extract improved the condition and defensive role of the intestine by boosting the intestinal mucus barrier, increasing enterocyte maturation, and improving the intestinal immune function.

The authors conclude that olive oil extract proved beneficial to the sea bream’s health, and that it shows promise as an aqua feed ingredient.