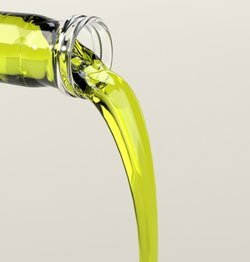 The popularity of the Mediterranean diet has put olive oil in the spotlight, with many studies assessing the potential benefits of this so-called ‘liquid gold’. However, previous research concerning the benefits of olive oil has focused primarily on cardiovascular risk factors.

A recent study published in the American Journal of Clinical Nutrition has investigated whether there is an association between consumption of olive oil, and incidence of type 2 diabetes. Data for the study was obtained from the Nurses’ Health Study, and Nurses’ Health Study II. The women included in the study were between the ages of 26 and 65 years, who were otherwise healthy, without diagnoses of diabetes, cardiovascular disease, or cancer, at the time of enrollment. Total follow up for this study was 22 years, with a reported total of over 9 000 cases of diabetes.

Taking into account lifestyle and dietary factors, women who consumed more than 1 tablespoon of olive oil per day were compared with women who did not include olive oil in their diet. The researchers found that higher amounts of olive oil intake were associated with a lower risk of type 2 diabetes. The researchers suggest that substitution of other fats in the diet, such as margarine, butter, or mayonnaise, with olive oil could reduce the risk of developing type 2 diabetes. According to their estimates, substituting these other fats with 1 tablespoon of olive oil per day could reduce the risk of type 2 diabetes by up to 15%.