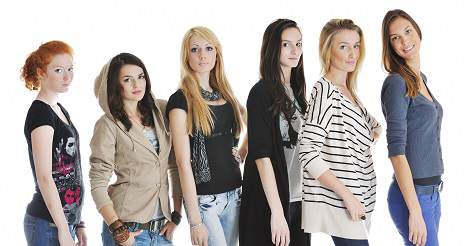 A recently published article found a higher prevalence of obesity in females with Rheumatoid arthritis (RA).

Rheumatoid arthritis (RA) is a chronic disease that causes inflammation in the joints of the fingers, feet, and ankles. The inflammation causes pain, stiffness and deformity of the joints. Other signs and symptoms of the disease may include loss of energy and appetite, low fevers, and rheumatoid nodules – firm lumps that grow under the skin. RA is the most common type of auto-immune arthritis, auto-immune indicating that it is the immune system that causes certain cells to attack healthy tissues. In RA, these cells attack the joints. RA often starts in middle age and is most common in older adults, but children and young adults may also get the disease. Although the exact causes of RA are still unknown, past studies have found that obesity influences the development of RA at different stages of the disease. Past studies have also found positive associations between obesity and the risk of developing RA, and occurs mostly in females. However, obesity’s role in RA and the mechanisms involved are not completely understood.

To further understand the frequency of obesity in individuals with RA, the journal Arthritis Research & Therapy recently published a study that investigated the prevalence of underweight, overweight, and obese individuals in three RA databases, compared to data from the general population. This study was performed by METARTHROS, a collaborative German project that researches the interactions between metabolic and joint diseases.

For this study, researchers collected patient data from three databases:

They used data from 1033 patients from CAPEA, 342 patients from NDB, and 12,230 patients from RABBIT and arranged them into three major variables: age, sex, and disease duration. They compared these three variables separately for each RA database with data from the general population.

The specific key measurement was the body mass index (BMI). BMI is often used to assess an individual’s health, by calculating the person’s weight in kilograms divided by height in metres squared. This study classified BMI into four groups, according to the definition provided by the World Health Organization (WHO): underweight (BMI less than 18.5), normal weight (BMI between 18.5 and 24.9), overweight (BMI between 24 and 29.9) and obese (BMI of 30 or more).

However, it is important to note that BMI does not measure adipose tissue, and body composition may be more accurately represented using measurements from waist circumference and technology like X-ray absorptiometry and fat mass indexes using bioelectrical impedance. Also, the prevalence of obesity in females with rheumatoid arthritis may result from hormones, cytokines, and growth factors that may alter the course of inflammation, and may be differently distributed in females. Because of this, the researchers state that further investigation is needed in analyzing the impact of obesity on inflammation in rheumatoid arthritis.