Home Medicine Obesity Is There A Relationship Between Obesity and Intestinal Bacteria? 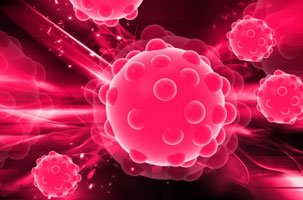 A review article published in The Lancet has reported on the relationship between obesity and intestinal bacteria. The review has summarised evidence for the role of inflammation in obesity, with emphasis of the role of the intestinal microbiota and changes in intestinal permeability.

With the worldwide prevalence of obesity on the rise, the World Health Organization reports that up to 35% of people over the age of 20 are considered overweight, while 11% of this population are considered obese (BMI>30 kg/m2).

Dr Cox and colleagues from the Griffith Health Institute, Griffith University, QLD, Australia, has reported in The Lancet on the link between the composition of microorganisms present in the intestine (intestinal microbiota), mucosa, and associated lymphoid tissue as a ‘biological network’ involved in inflammation and obesity-associated disease.

Various markers of inflammation have been linked with obesity and associated diseases such as cardiovascular disease and type 2 diabetes. While some associations have been identified, Dr Cox states that the pathways underpinning the relationship between inflammation and obesity are not well understood. She notes that the microbiota present in the intestine have been shown to have important roles in health and disease. The functions of the microbiota include: resistance to infection, maintenance of an intact mucosal surface, and development of lymphoid tissue. In addition, the intestinal microbiota may play a role in energy uptake, which is interesting given the potential for involvement in obesity.

In this context, animal studies have provided evidence to support the involvement of the intestinal microbiota in energy uptake and body composition. The studies have demonstrated that changes in microbiota alters energy uptake, fat mass, and body composition; alterations in dietary patterns can also change the array of microorganisms that make up the intestinal microbiota, potentially increasing the tendency for excess body weight.

Human studies have also supported a role for the microbiota in body composition, demonstrating a difference in composition of microbiota when comparing between obese and lean people. However, the results of human studies have been inconsistent, revealing a need for greater research in this area. Conversely, human studies have also revealed that alterations in dietary intake have effects on altering the composition of the intestinal microbiota.These dietary alterations have included: low-fat diets, low-carbohydrate diets, high-protein diets, plant-based, or animal-based diets. Whether the intestinal microbiota is cause or effect in this context is still not known.