In a recent case-control study published in BMC Nutrition & Metabolism, researchers studied how the nutrition and dietary patterns associated with a Middle Eastern diet influenced the risk of developing rheumatoid arthritis. Newly diagnosed rheumatoid arthritis patients (aged 19 – 69) were recruited in Iran and paired with two healthy control participants. The diets of each participant were obtained through a food frequency questionnaire.

The researchers found that those who followed a healthy dietary pattern had a lower risk of developing rheumatoid arthritis, while a western dietary pattern had a higher risk. The significant relationship found between nutrition, diet, and rheumatoid arthritis is consistent with previous studies that show a similar association. These findings may be explained by the known compounds and vitamins found in many healthier foods, such as fibre and antioxidants in fruits and vegetables, and omega-3 fatty acids in fish that provide a protective effect against inflammation. Less healthy foods, on the other hand, such as processed and red meats, can promote inflammation in the body.

This study provides strength to the growing body of evidence that a healthy diet may help to prevent rheumatoid arthritis, and particularly for Iranian populations for which there was less evidence prior to this present study. Overall, the findings from this study help to improve the understanding of the relationship between nutrition, diet and rheumatoid arthritis.

Image by Goumbik from Pixabay 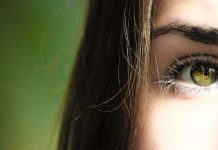